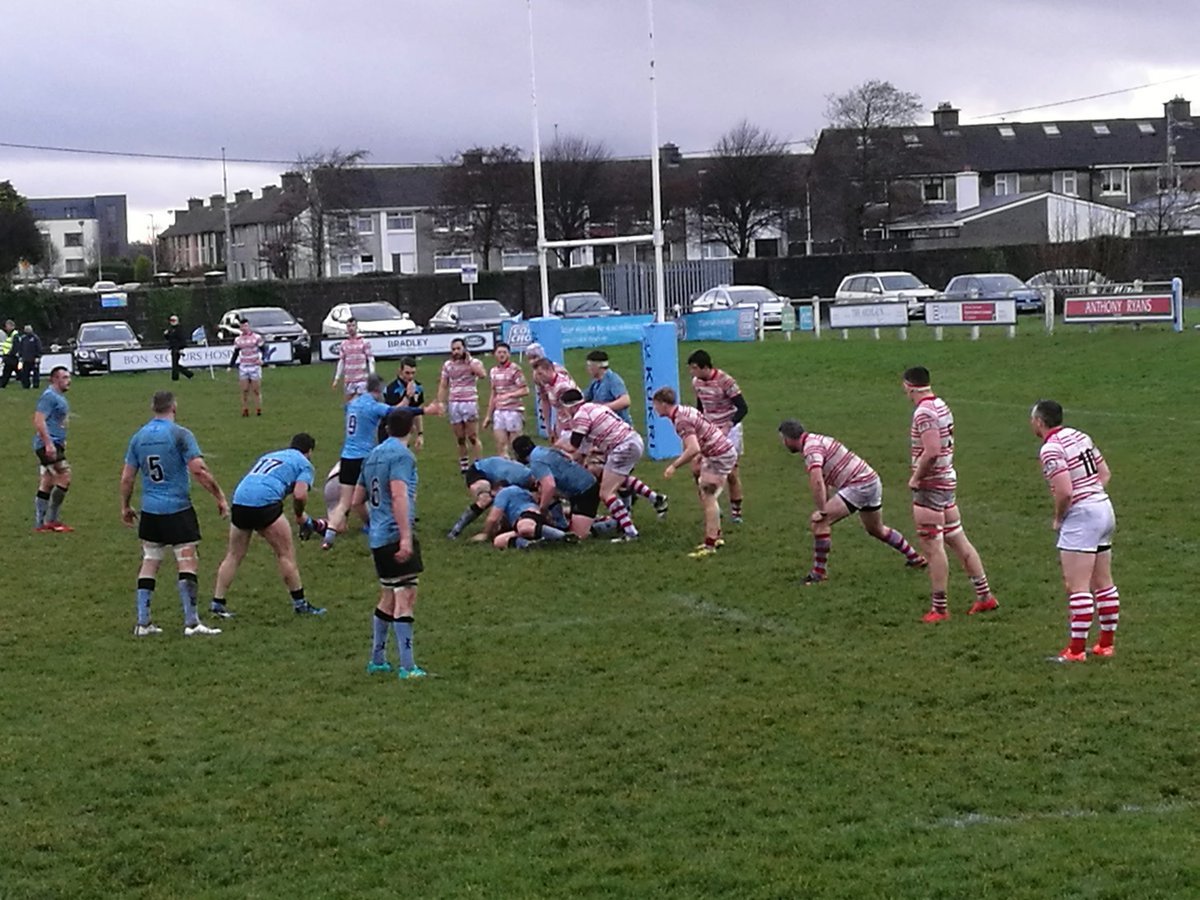 Published: over 1 year ago

RUGBY: All Ireland League Div 2A Round 9

Nenagh Ormond’s poor run of form in this season’s AIL continued on Saturday last when they suffered another loss, this time to Galwegians at Crowley park, Galway. The home side were jubilant at the end, having recorded their first win in this year’s league competition, and Nenagh were left to rue several missed chances in the dying moments which would have salvaged something from their visit to the western venue.

Nenagh fielded a side with several notable changes from the Highfield game. Kevin O’Gorman picked up an injury in training during the week and in his absence John O’ Flaherty moved to the second row to partner his brother Kevin. Thurles out-half John Lillis started for Nenagh in a changed back line which saw Alex Ropeti moving to outside centre to partner Stephen Carey.

The forecast bad weather from Storm Deirdre did not materialise and the Glenina pitch held up well with both sides serving up an entertaining match in the conditions. With a strong wind blowing off the Atlantic, it was anticipated that most of the action would be at close quarters but to be fair to both teams, they did try to run the ball, and the small attendance was treated to some decent play with the result in the balance up to the end.

Galwegians opened the scoring on 7 minutes when scrum-half Barry Lee touched down after some neat interplay down the tram-line following a Nenagh line-out malfunction. The conversion was missed and shortly after the restart Nenagh were awarded a kickable penalty 30 metres out after some good work in attack. Alex Ropeti’s effort was pulled wide, however.

The Nenagh forward play continued to impress and was rewarded on 17 minutes when loose-head Fergal Brislane was credited with the touchdown following several attacking phases on the Galwegians line. Alex Ropeti’s conversion attempt was missed.

On 28 minutes, Galwegians were awarded a penalty for off-side and Ewan Strang landed the kick to restore the home team’s lead.

With 5 minutes remaining in the first half, Galwegians went further ahead when substitute prop Conor Kyne crashed over after a period of sustained pressure on the Nenagh line. The conversion attempt was pulled wide. Just before the try, the referee had lost his patience following repeated infringements by Nenagh and issued a yellow card to Evan Murphy. 13-5 to the home side at half-time and Nenagh had some work to do to get back in the game.

To their credit, they did raise their intensity in the opening minutes of the second half. A series of scrums on the Galwegians 5-metre line ended with the referee awarding Nenagh a penalty try with just 12 minutes gone in the second half. 13 -12 to Galwegians: just the minimum margin between the sides now and all to play for. Nenagh continued to pressure the Galwegians line and could have added to their points tally, but some good defensive work by the home side relieved the pressure. After the initial dominance by Nenagh early in the half, Galwegians had their purple patch and after a period of patient attacking play on the Nenagh line, Ronan Moore went over for a try on 71 minutes. The conversion seemed to drift away to the left of the posts and both touch-judges had their flags down, but the officials confirmed shortly afterwards that it was a successful kick. This left Nenagh requiring 2 scores to win the match and they finished the game strongly with pressure on the hosts. However, it was not to be, and in the gathering gloom (no working floodlights!) Galwegians held on for a deserved win. Nenagh’s next match is against the same opposition on Sat 19th January in Lisatunny and they will be hoping for an improvement in fortune in what is now beginning to look like a dog-fight to maintain their Division 2A status.

Nenagh Ormond RFC would like to pass our condolences to t...

This week's Nenagh Guardian features a reminiscence of Ne...