U-13 Win in League against Thomond 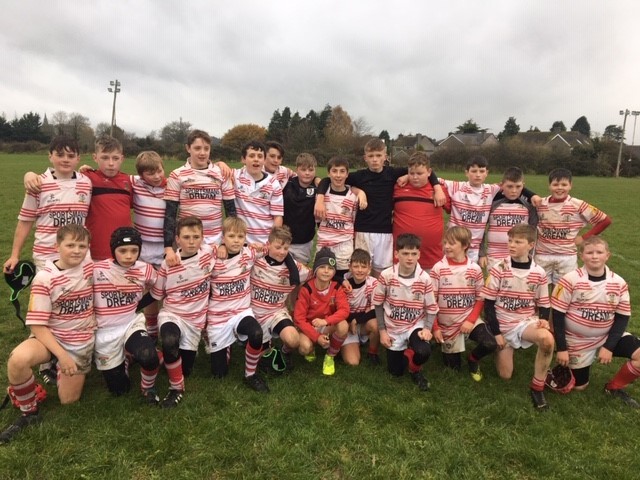 Nenagh Ormond R.F.C. under 13’s hosted Thomond in the latest round of the league in front of a big crowd in Tyone on Sunday last.

The visitors got off to a good start as the home side turned over possession from the kick-off and, after sustained pressure, the visitors got in for a try. The conversation was wide of the mark.

Nenagh carried the fight to Thomond immediately and, some good attacking play yielded a scrum 15 metres out.

Scrum half, Billy O’Brien went on a dummy run while No. 8, Emmet Jones picked and ran down the blind side for a great score. Outhalf, Cillian Healy kicked a great conversion to put the home side 7-5 up.

Nenagh kept up the pressure and Ryan Gratton drove over from a short penalty for a second try in the same corner. The conversion sailed inches wide.

Nenagh scored straight after the break when strong running by the backs brought the play to the Thomond line. The ever-alert Billy O’Brien sniped in from the base as Thomond desperately tried to get numbers back in defence. Cillian kicked a great conversion to extend Nenagh’s lead.

Our final try came from a great run by centre Dara O’Dwyer who beat the cover down the left touchline to go in at the corner flag.

Thomond, to their credit kept moving the ball at every opportunity and were rewarded with a try at the death from their impressive openside.

This was a thoroughly enjoyable game with both sides trying to move the ball as much as possible. The Nenagh back row of Kedagh Broderick, Emmet Jones and captain, Brehon O’Donnell dominated their opposite numbers and laid the foundation for victory. In the backs, Dara O’Dwyer caught the eye with some strong running and newcomer Dylan Gamble showed up very well on his debut.

Thanks to referee, Cathal O’Donovan who did a great job and keeping the game flowing.

Thanks also to the parents and family members for the great support.

Training continues on Wednesday night at 7pm in Tyone.