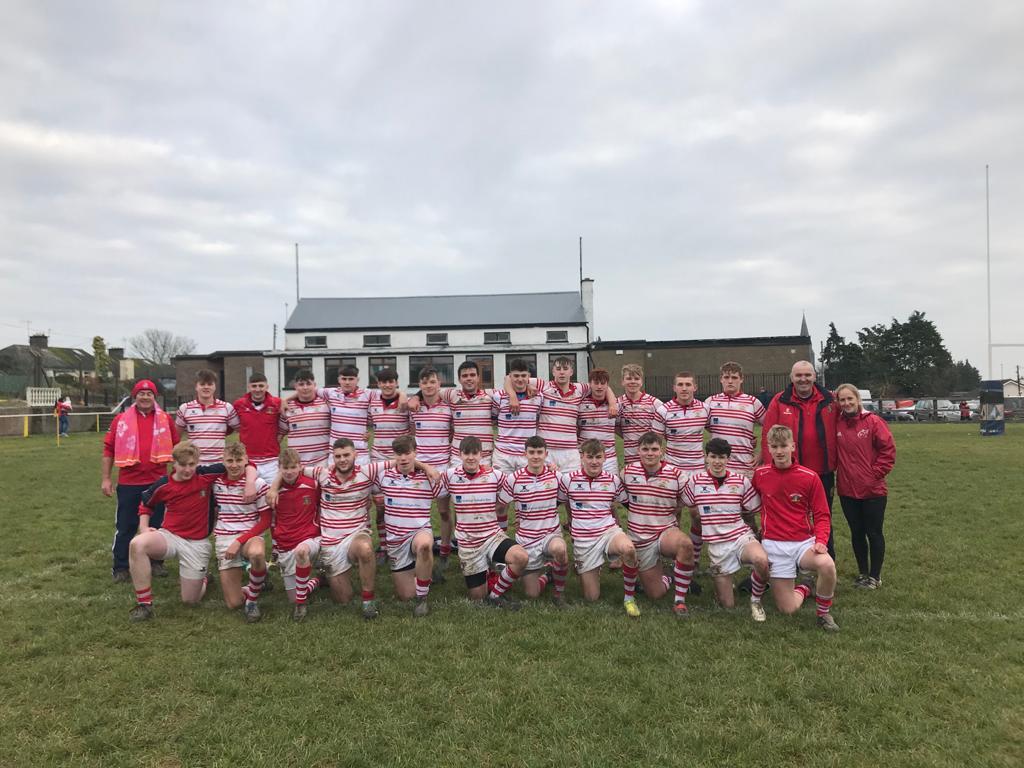 Nenagh Ormond under 18’s stuttered somewhat in their opening game in Munster Cup group 3 but eventually overcame a determined Listowel /Tralee combination by a 12 point margin which probably flattered the hosts.

With the home venue being switched to the UL all-weather pitch due to the incessant rain of the previous week, the surface was expected to suit Nenagh and they certainly started well, camped on their opponents line within the first 2 minutes. After bravely holding out for a number of early phases, the Kerry team finally managed to force a turnover and it was clear from their reaction that they were well up for this match.

Although Nenagh looked more dangerous going forward, Listowel / Tralee made every ruck a battlefield and were disrupting their opponents from getting clean ball and any great fluency into their game. Nevertheless, it was the home side who took the lead after 6 minutes with a successful penalty from Conor McMahon from just inside the 10 metre line.

Listowel Tralee made their first incursion into the home 22 on 10 minutes and came away with three points from a penalty after Nenagh were penalised for holding on. From the restart, Nenagh tried to work the ball across the field to stretch their opponents but after turning over through a fast counter-ruck down the right wing, Listowel / Tralee seized their opportunity to race down the touchline and dot down in the corner for the game’s opening try.

After their sluggish start, Nenagh were stunned into action and as ever, reliable front rowers Dylan Murphy and Cathal Delaney were to the fore in driving their team forward. After 18 minutes, Nenagh won a scrum close to the line and seemed certain to score but the ball was spilled in the corner and the visitors were able to avert the danger. Nenagh continued to press but a lack of composure in the final third left them unable to capitalise on a string of good opportunities however they finally scored on 30 minutes when from a rolling maul, Dylan Murphy broke away to touch down for an unconverted try which left the scores tied at 8-8 approaching the break.

Just as it seemed that the teams would enter half-time level, Listowel / Tralee won a lineout deep inside the Nenagh 22 and after a series of rucks close to the line, they forced their way over to reclaim the lead once again with the half-time score standing at 13-8 to the visitors.

Now playing with the aid of a fresh breeze, Nenagh started the 2nd half brightly, keeping the ball in hand and playing through the phases. They reduced the deficit to 2 points from an early penalty in front of the posts and 5 minutes later had their Kerry opponents under fierce pressure on their own try line after a long kick into the corner. Number 8 Cathal Ryan reacted quickly to block down an attempted clearance from the Listowel / Tralee out-half and the ball bounced favourably for him to gather and score close to the posts.

Now leading by 5, the home team continued to attack and a flowing backline move was only thwarted in the corner by heroic defence which led to a Listowel / Tralee player having to leave the field after a lengthy break in play. Nenagh elected to consolidate their lead by taking an easy 3 pointer 7 minutes into the half but the visitors came back strongly and launched a series of attacks on the Nenagh line which ended with a penalty for offside being converted to cut the deficit back to 5 once again.

With the score at 21-16 and Listowel / Tralee still very much in the hunt, Nenagh tried to close out the game but the spirited visitor defence held firm and in fact there was a scare for the home side with 3 minutes remaining when one of the Listowel / Tralee backs came very close to an intercept and a certain try had the ball gone to hand. In the end however, the hosts did manage to capitalise on their possession advantage when prop Cathal Delaney scored in the right hand corner with the visitor defence out on their feet in the last play of the game.

Credit to Listowel / Tralee for a spirited performance however Nenagh Ormond did deserve their victory and will feel they are capable of improvement on this showing – something they will undoubtedly need to deliver as they move on in this group. Next up are Waterpark who also won their opening game (against Muskerry) and will travel to Lisatunny to face Nenagh in the new year (Saturday January 4th).

U15 Match report VS St Senans