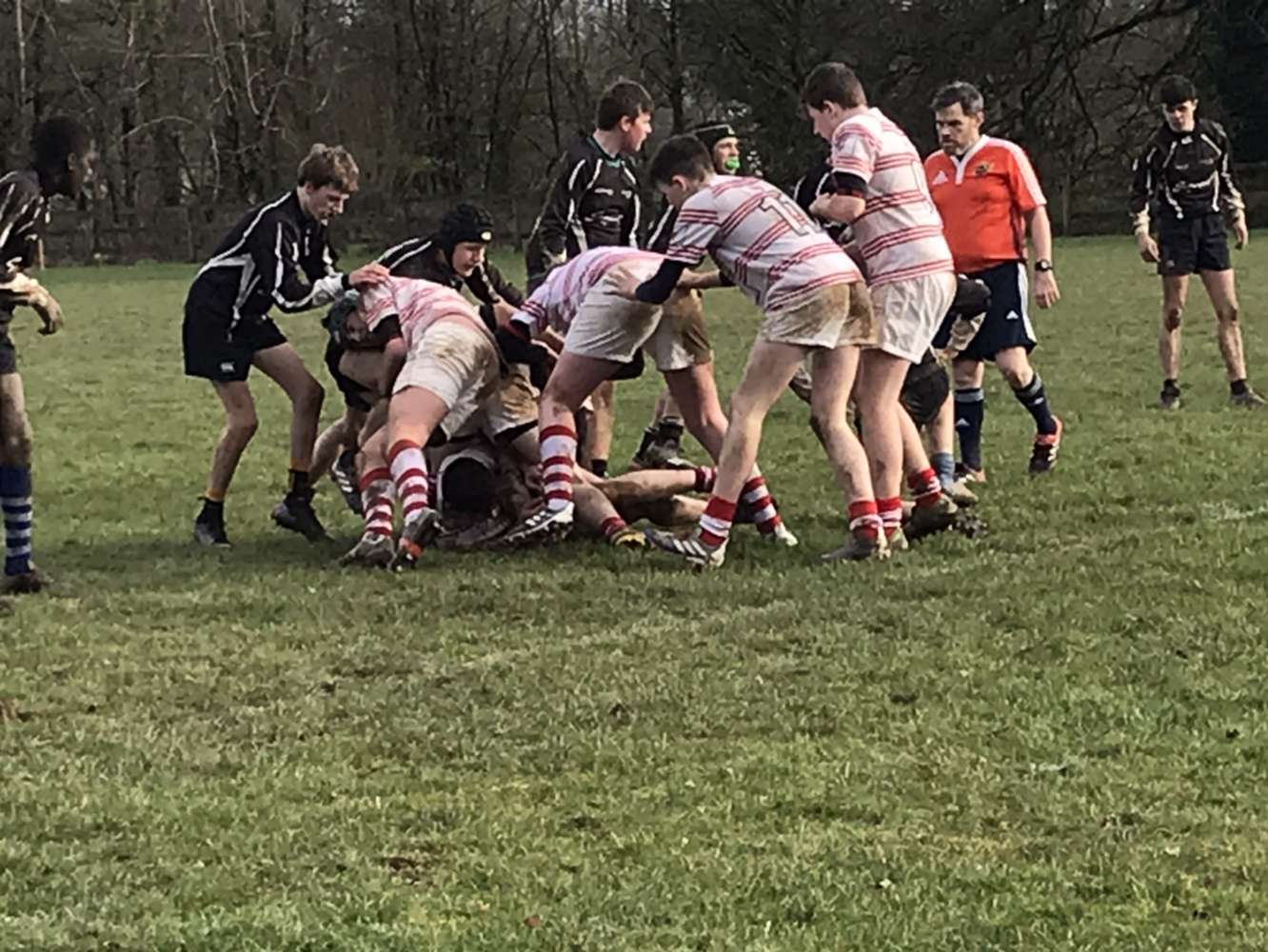 Last Sunday our U15s made the short trip to Clarisford Park to take on Ballina Killaloe RFC. We have had many battles with our near neighbours over the past few seasons but until now victory has always eluded us. However this present group of Nenagh boys have shown great resilience and real teak toughness in the last few weeks and were determined to give a good account of themselves.  The game started at a fast pace with neither side taking a step backwards.  Our forwards fought for everything and when the ball went loose Mason pounced, and hoofed it up the field, where he eventually scored our first try under the posts which Zac converted.  Following some good offloading Mason scored his side's second try in the corner but the conversion was missed. Ballina killaloe calw from 12 nil.down to equalise just before half time to leave the score 12 each.  The game continued at a frenetic pace and with about 15 to go, following some really good recycling,  our mighty tight head prop Dylan Schweitniz powered over for our third try , which Tristan expertly converted from a difficult angle.  With the score at 19 - 12 up Nenagh defended like their lives depended on it, and somehow held out this very talented Ballina-Killaloe side until the referee blew the final whistle.  The Nenagh boys were elated having gained their first victory over this opposition. Victory came at a cost though when an accidental knock of heads left 2 nenagh boys injured,  with Ivan Struzia in particular suffering a nasty injury.

On the day there were good performances all over the park,  but of particular note was Josh Morgans return from long term injury and he looked right at home, revelling in the physicality of the game. There were good performances from Tristan, Dylan Schweitniz Cillian, Mikey Morgan and Calum O'Shea.  In the backs Mason and Jack Mac were outstanding and Alex Moloney was very secure at full back.
Overall a fine performance against quality opposition.  We wish all our injured players a speedy recovery. Final score 19 12 to Nenagh.  Training continues Tuesday night at 7.30 - next up is away to Bruff RFC next Sunday.

U 18's Qualify for Munster quarter Final by beating Sunda...