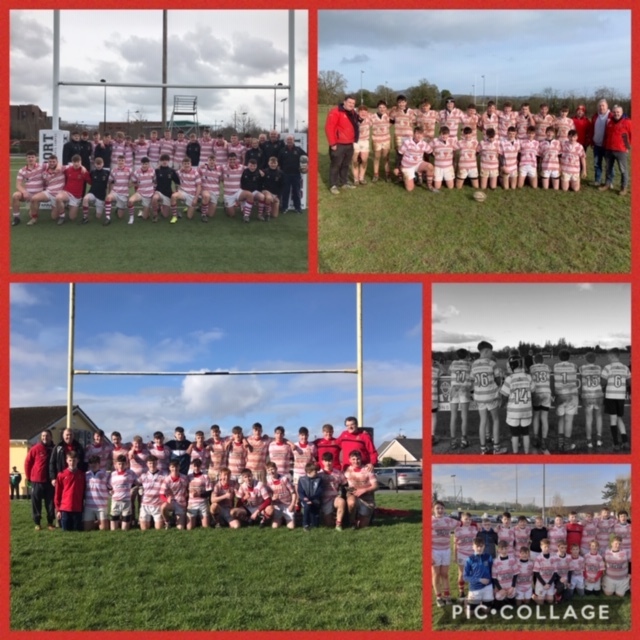 Although domestic rugby finished early this year, our underage teams can look back on another enjoyable and successful season.

In their first year of 15 a side rugby our U13s were exceptionally competitive, going toe to toe with every team they met, taking some big scalps and reaching their Conference semi final. Well done to the coaches who made sure that all of the players on this large squad got meaningful game time.

Having won the U13 Conference last year, our U14s competed in the League this year which was a big step up for them but they learned a lot and they were really looking forward to competing in their Cup competition. The tough matches they played this year will stand to this talented group at U15 next season.

After a few tough games early in the season our U15s then had an outstanding run of wins in their Conference competition. With one game still left to play they had already qualified for the semi final and were hoping to go all the way. This group will relish the prospect of playing in the Munster Club competition in 2020/21.

Reaching not one but two finals this year, our U16s had an unbelievable season which saw these lads go from strength to strength. They will have been bitterly disappointed that they never got to play those finals but they share the spoils and go into next season as Munster Plate and North Munster League joint champions!

Last but definitely not least, this year’s U18s, who also had a couple of tough matches in Phase 1, went on to qualify for the Munster Cup semi final by playing some very exciting rugby that was a pleasure to play, coach and watch. The majority of this group now leave our underage set up and venture into the world of adult rugby next season. With such talented and hardworking players coming through the future of the club is bright and we hope to see many of these lads playing Senior for Nenagh in the future.

Well done to all the players, coaches, managers, parents and everyone involved in helping our young players to develop and enjoy our game.

In these unprecedented times, we urge all of our players to follow the rules and guidelines put in place to combat COVID-19 in order to keep yourselves and your loved ones safe. We hope to see you all back fit and healthy in a few months time for the 2020/21 season.

U-16 Qualify for Munster League Final