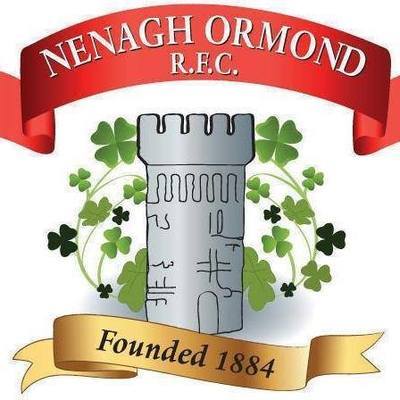 After a break of almost 6 months and a much-changed world generally, competitive club rugby made a welcome return last weekend when Nenagh Senior XV had their first match of the 20/21 season on the all-weather pitch at Plassey, University of Limerick. UL Bohs were comfortable winners scoring 4 tries to Nenagh’s two and advance to the next round of the competition. Current government and HSE guidelines being implemented by the IRFU meant that no spectators were allowed attend the game, although there is some hope that this will change in the next few weeks. Other measures such as sanitisation of balls and equipment and personalised drinks bottles are a feature of sport that look to be with us for some time yet.

Nenagh fielded several new faces who had made the step-up to Senior Rugby for the first time, so it was always going to be a daunting task. Ul Bohs were dominant from the start and got their first try on 18 minutes when Jamie McNamara dotted down in the corner. Harry Byrne added the extras.

On 30 minutes after a series of scrums Nenagh conceded a penalty try to give UL Bohs a healthy 17-0 lead at the break. Nenagh needed the brighter start to the second half but it was the home side who struck again almost immediately, when Joey Conway powered over from close range. Harry Byrnes conversion gave UL Bohs an unassailable 24-0 lead. To Nenagh’s credit they upped their work-rate and scored 2 tries to reduce the deficit. Gerard O’Gorman got Nenagh’s first try of the new season when he scored a fine try on the right wing. The conversion was missed. On 70 minutes, Nenagh captain John O’Flaherty was credited with a try after some good work by the forwards from a maul. Conor O’ Brien added the conversion to reduce the deficit but UL Bohs finished the stronger and Niall O’Shea scored their fourth try on 78 mins to assure them of a place in the next round .

Congratulations to Conor McMahon, Peter Rainsford, Padraic Bourke , Dylan Murphy, & James Maher who made their senior debuts on the day. It is a great compliment to the under-age structure in the club that such players have taken the transition to senior rugby in their stride. It was also good to welcome back Ruadhrai O’Brien, John Kelly and Nicky Irwin.

Immediately after the Senior Cup match Nenagh & UL Bohs played a friendly. Ul Bohs lead by 12 pts to 3 at half-time thanks to two tries. Nenagh’s only score in the opening period was a penalty converted by Conor O’Brien. Second half tries for Peter Rainsford & Cian Ryan gave Nenagh the lead with 15 minutes remaining but Bohs added two further tries to win by 24- 17.

Anyone who has played before and would like to return to rugby is also welcome to join.

We are adhering to all government and IRFU guidelines and regulations in relation to Covid-19.

Unfortunately, no spectators are allowed but we will keep you posted on social media channels.

Membership: Membership for season20/21 is now due. A range of options are available including non-playing, family, juvenile etc. The easiest way to pay is via the ClubZap app which can be downloaded from iTunes or Google Play. By downloading the app you can also keep updated on all news , fixtures & results in both adult & juvenile matches. Alternatively, anyone who wishes to pay by other means can do so by calling to Keith Hayes Financial Services where Keith will direct you on the payment options available.