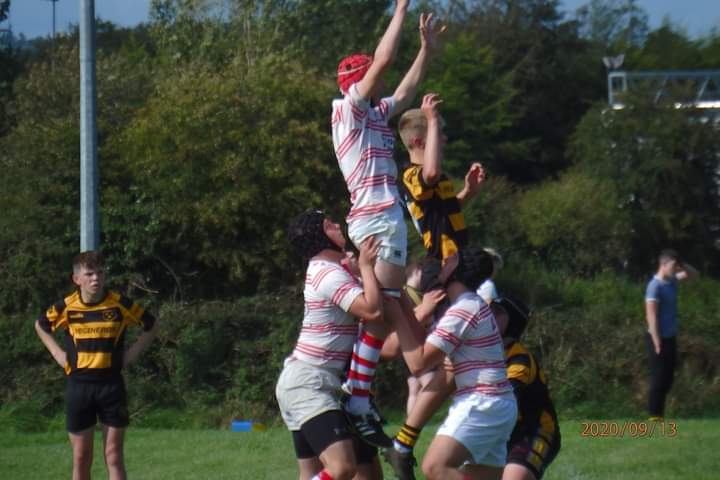 Last Sunday our U16s hosted Young Munster RFC in a friendly. This was our first match of the season and it was most welcome, having been idle for 6 months.

We had only 16 players with several first choice players unavailable so it was always going to be a big ask against a seasoned team like Munsters.

We started well, and were pressing the Young Munster line, however an unlucky turnover at the lineout, and a few missed tackles resulted in Munsters first try - they scored 3 more in the first half. Our response was a fine individual try from Sean Ryan operating in the unusual position of full back.  We upped the intensity in the second half, and following some good forward play Mason scored our second try.  However in the last 10 minutes with injuries mounting, and tired bodies Munsters finished the stronger.

Overall it was a good run out, to blow off the cobwebs, and get back to competitive rugby.  Without a number of key regulars and a lot of players playing in unfamiliar positions, it was always fling.to be an uphill battle - Our thanks to the U15s Darragh Gleeson, Dylan Crowe, Luke Comerford and Kieran  Gleeson who stepped up with no difficulty, and without whom we would not be able to field. These guys will be a fine addition to our panel over theseason