U-16 Qualify for Munster League Final 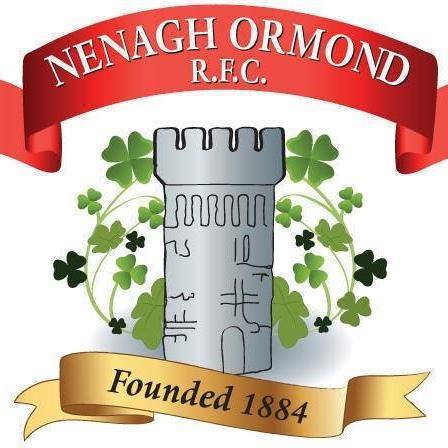 Nenagh Ormond u16 played the semi final of the North Munster league at a blustery Ul 3g facility on Sunday evening with a 6.30 ko due the national Ultimate Frisbee championships being on over the weekend at the Limerick venue. As the Pan Munster plate final on March 22nd is on the 3g pitch in Musgrave park it was a timely run out on the surface, which leads to much faster and more exciting games, especially in the difficult weather conditions that we are suffering at the moment. It was decided to start all the substitutes for the previous week to give the full squad a run and we were served up a very entertaining cup tie by both sides, with the result only confirmed in the dying minutes of the game again. Nenagh played against the wind in the first half and started brightly and scored after 10 minutes, a try for Joe Shanahan with an excellent conversation into the wind by Joseph Gleeson. OC Bohs equalised soon afterwards and the game was tied at 7 all. The game ebbed and flowed and before Oc Ul Bohs scored another try from a close in penalty, an area of concern for the coaching team with a recurring weakness in this area. An excellent kick with the wind brough play to the Nenagh line and despite winning a scrum Nenagh handed the initiative to the home team with a knock on an from the resulting scrum they scored another try to leave the half time score 14-7 to the home team. A few changes were made at half time with Luke Graham, Sean O’Callaghan, Callum Simons coming in and Nenagh began the half with renewed vigour. After some pressure Joseph Gleeson kicked long with the assisting wind and the ball stayed in the dead ball area and was touched down for a 22 drop out. Joseph Coffey, who had an outstanding game, juggled the kick re gathered and set off on a powerful run from the 10 metre line to score an outstanding try 15 metres in and again Joseph kicked an excellent conversion tieing the game at 14 all. The concession a numerous penalties allowed Oc Bohs to get a foothold in our 22 and they grabbed another try to the right of the posts but crucially the conversion hit the post, . Again Nenagh came back and some good phase play saw a ball reach John Donovan just on the 10 metre line and he used his pace to outflank the defence to score and excellent try, again well converted to give Nenagh a 2 point lead. Again OC Bohs came back at us and we began to fall off a few tackles, something which will need to be worked on. They were awarded a penalty in front of the posts and elected to kick and the three pointer moved them into a one point lead with 10 minutes left. We allowed the initiative to the hosts and they took their opportunity to score another try to the right of the posts but the conversion was marked wide by the referee despite the protests of the home mentors, to leave OC Bohs 6 points ahead. Nenagh never gave up and some excellent carrying and running by the backs, released Jack O’Flaherty on a couple of mazy runs and Luke Conneally scored wide on the right and crucially Joseph nailed the difficult kick to give us a one point advantage with time almost up. The Nenagh boys kept the pressure on and Luke barged his way over under the posts in the final minutes but again crucially the wind below the ball off the tee as Joseph began his run up and he hadn’t time to try a drop before the chasers got to him. The kick off and a 6 point lead meant the game wasn’t over as contest and some good defence saw the Bohs winger tacked into touch to the delight of the travelling supporters. Joe Shanahan who had a fine game, poaching numerus balls on the deck, shipped a nasty blow to the nose in the final play, hopefully he will be ok for the Munster final on March 22nd. The game had losts of scores and there was huge endeavour by both teams and despite the conditions it was an excellent game to watch. There was no referee appointed for the game, so a brother of one of the Bohs coaches stepped into the breech – none other than international referee John Lacey, who had a fine game and added to the spectacle for those watching. His brother Andrew afterwards said the conversion that was marked wide would have made for an interesting Christmas dinner, if they had lost by point, but Lukes late try saved that conversation! Lots of work to be done but all the players got some good game time and there will be some good work on in the next couple of week before the visit to Irish Independent Park on March 22nd. Training as usual on Tuesday and Friday weather permitting.