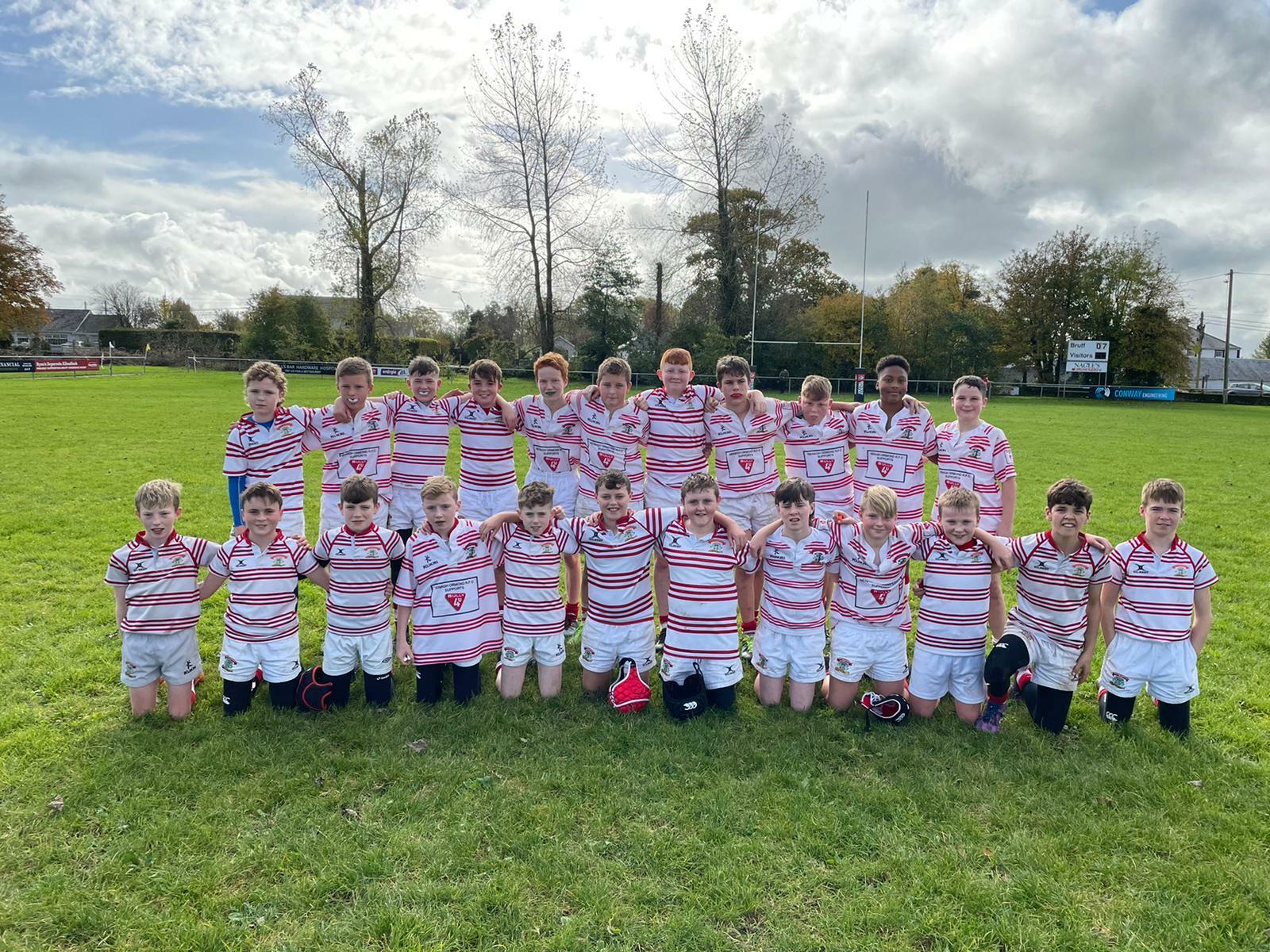 Nenagh Ormond under 13s hosted Young Munster at home in the last round of the Munster development league. Young Munster got off to a good start and had Nenagh under pressure from the start. The Nenagh defence was resilient though with some excellent tackling and counter rucking. Nenagh finally got a foothold in the game and scored two tries through the pack. The first one from a good offload by Hugo Massy to Aidan Ryan who powered over the line. The second came after some good phase play. Donagh Carmody showed great strength to get over from close range. A score line of 10-0 at half time meant the game was all to play for in the second half. Nenagh kept the pressure on however, punching the holes up front and then moving the ball wide at every opportunity. The next try was scored by Anluan White which rounded off an impressive performance from him. Our fourth try was set up by Donagh Carmody who made great yards in tight space and then offloaded to Shaun Murphy who beat the last defender and scored under the posts. However Nenagh left the best till last moving the ball from wing to wing to score. Some great hands across the line got the ball to Tomas Tierney who drew the last defender and threw an excellent pass to Freddie Mitchell who still had alot to do. He took on the last 2 defenders, beating them out wide and dotted down under the posts. Final score was 31-0. A good performance overall, with some good turnovers by David Mulcahy and Shane Gleeson. A special mention to Sean Ryan, Joe Fahy, Aidan Stead, Alex Monko whose scrummaging was very good against a heavier pack. Training continues Wednesday evening at the usual time.