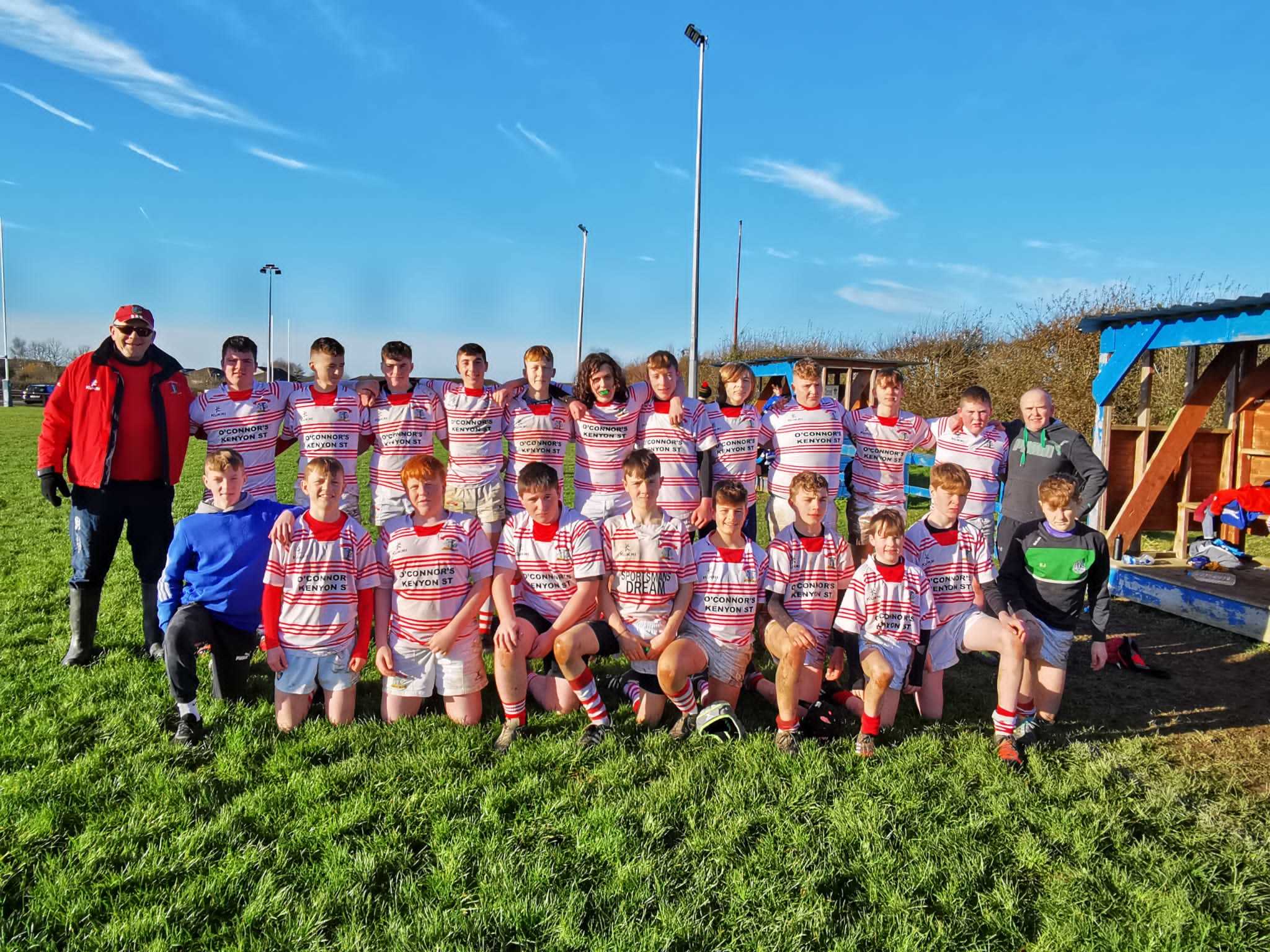 Nenagh travelled to Rosbrien for a friendly against a combined Old Crescent / Newport selection on Sunday last.

Conditions were perfect and the game was played in bright sunshine. The visitors were short a few players due to illness and call-ups to the under 16's, which gave an opportunity for the full panel to get game time and for players to be tried in different positions.

The hosts tried to get their big runners into the game at every opportunity but they were repelled by the Nenagh pack with the two Jacks - Casey at hooker and Ryan at no. 7 in particular tackling like demons all day. Luke Shelly also caught the eye with a hard-working performance in the second row. Nenagh scored two tries through the forwards with Nathan Mannion touching down after a great burst on what was his first start for the team. This player continues to impress and has settled in very well. Paul Kennedy also scored a try using his power to great effect to drive over from 10 metres out.

The backs got plenty of the ball and moved it wide at every opportunity. Shane Cleary showed some great footwork and evasive skills to help himself to three tries from the centre while winger Marcus O'Mahony also scored one. Outhalf Cillian Healy kicked four conversions and controlled the game very well all day, ably assisted by Dara O'Looney at scrum half.

Training continues on Tuesday and Friday nights at 7.30pm in Tyone. We expect that we will resume the league next Sunday and are awaiting confirmation of fixtures.