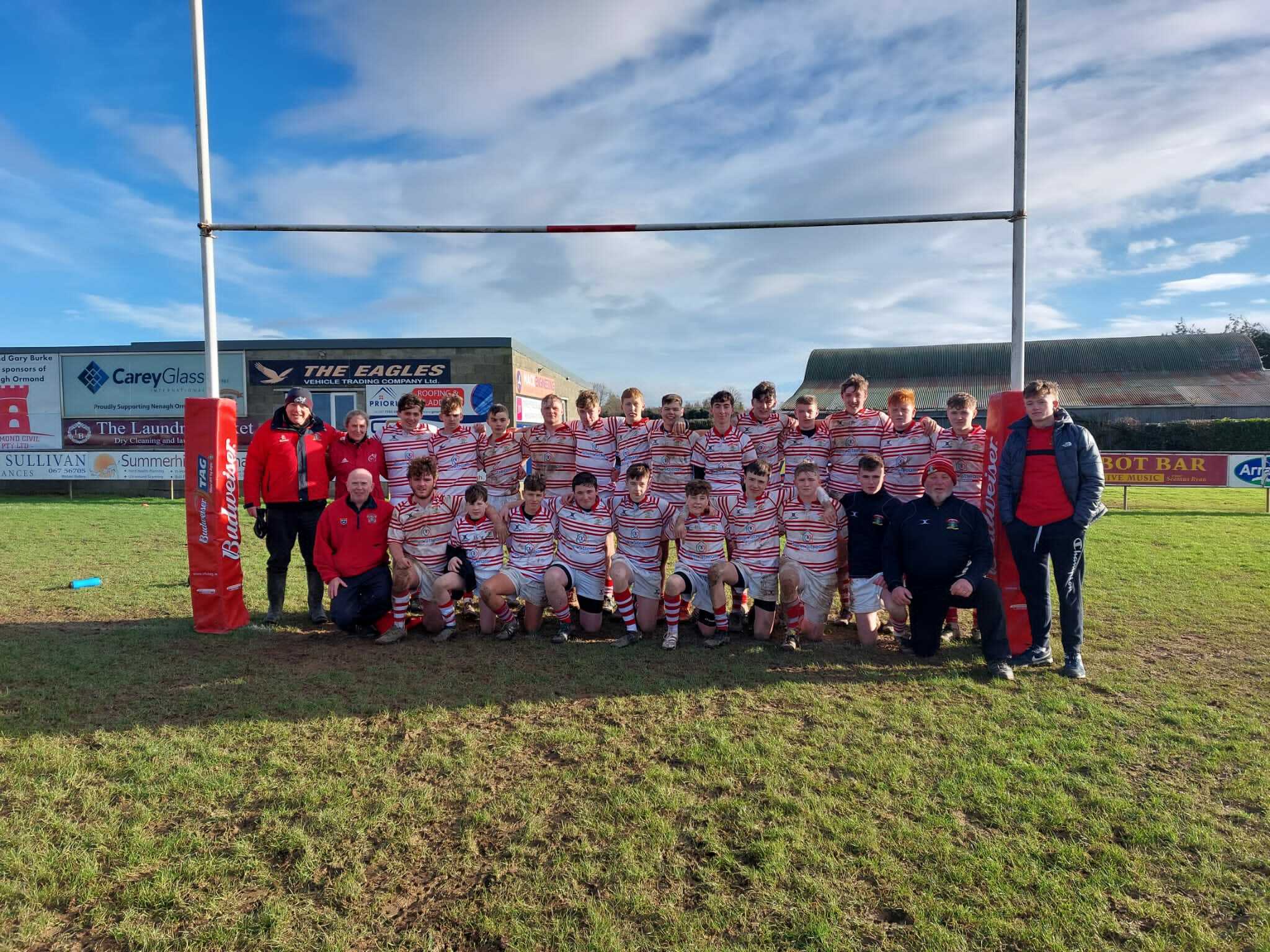 Nenagh ran out victors against a strong Clonakilty side on Sunday last.

Nenagh controlled possession and territory from the off and were rewarded with a try from winger Marcus O’Mahony after 6 minutes Fullback, Cillian Healy converted.

Clonakilty settled into the game and moved the ball at every opportunity. They scored a good try on 20 minutes and another try three minutes later. The half time score was Nenagh-7 Clonakilty-10.

Some choice words by the coaches at the break had the desired effect and the home side attacked from the off. Cillian converted a penalty to level the score and directly from the kick off no.8 Kedagh Broderick recovered the ball and ran from inside his own half to score a great try.

This was a good win for Nenagh against a strong Clonakilty side who moved the ball very well. Our defence needed to be at its best. All the pack played their part in a strong defensive effort. Man of the match was our captain Jack Casey who led from the front all game.

Special mention also must go to Donnacha O’Meara and Ryan Gratton in the pack and to Brehon O’Donnell at centre who played very well also.

Our Pan Munster Cup continues next week with a home game versus Ennis under lights on Friday night at 8pm. All support welcome.

Thanks to the parents who provided food for our visitors and helped out in the clubhouse afterwards.