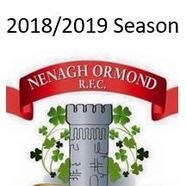 With only one win from three so far in conference three, Nenagh Ormond travelled to Fethard last Sunday badly needing a win to remain in contention for a top three position and a place in the draw for the Munster Cup competition in the new year.

Having won the toss, Nenagh decided to play with the strong breeze in the first half, however it was the home team which started brightly, threatening the line several times before the pressure was finally relieved after stout defence.

Once they got field position however, Nenagh looked dangerous, particularly when they moved the ball wide and it was not long before winger Dylan Knight exploited a gap in the home defence to burst clear and score the game’s opening try, converted by Conor McMahon. With elements very much in their favour, Nenagh dominated the rest of the half but found it difficult to break their opponents down. After numerous phases and a long period of pressure, the visitors finally breached the home defence when centre Conor McMahon broke through two tackles to score under the posts.

Although holding a useful 14-0 lead at the half time whistle, it was very clear that the Ormond lads would not have things their own way as a determined Cashel / Fethard would enjoy the benefit of the breeze in the second half. Immediately from the restart, Nenagh failed to deal with a long kick and conceded a scrum close to their line. The home team seized the opportunity and a well worked back row move saw them force their way over for a converted try.

Although Nenagh increased their lead shortly after to 17-7 through a Conor O’Brien penalty, it was not long before Cashel /Fethard were once again camped in the Nenagh half. When number 8 Fearghall O’Donoghue secured a 5 metre lineout, Nenagh were unable to repel the resulting driving maul and with only 18 minutes gone in the half, the lead was reduced to 3 points.

The home side now had their tails up and although the Nenagh defence never let up, there was a sense that the tide was about to turn. When full back Conor O’Brien was tackled trying to break out from defence, the ball squirted backwards straight into the arms of a Cashel / Fethard player who had a simple task to touch down unopposed and put his team into a 19-17 lead.

Facing such a hammer blow and with everything seemingly going against them, the Nenagh lads might have crumbled but to their credit they immediately worked their way back up the pitch to launch one last attack. With 5 minutes remaining flanker Patrick Finn secured a lineout 5 meters from the line and launched a driving maul from which prop Conor Sullivan barged his way over in the corner to once again give his side the lead.

Although the home team threw everything at their opponents in an effort to secure a winning score, Nenagh held firm, with Dylan Murphy and Cathal Ryan in particular standing out in a fine defensive team effort. Nenagh will face another stern test next week when they host unbeaten Thurles in their penultimate game in this conference.