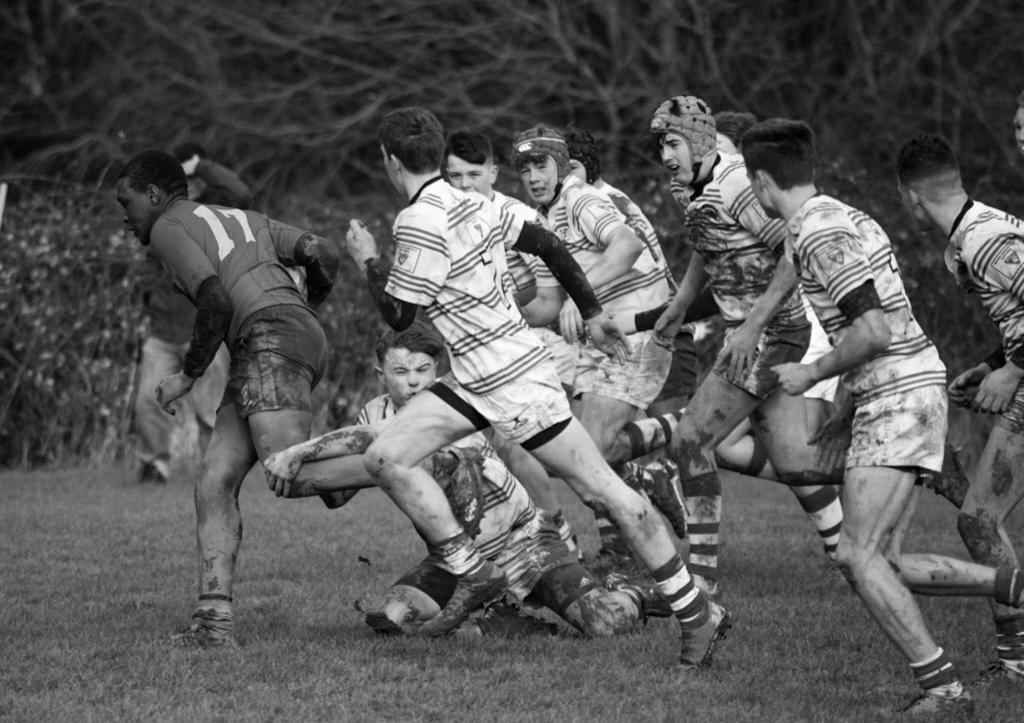 Last Sunday our U15s hosted UL Bohs in the penultimate round of the Nor Munster Conference. The fixture was in some doubt with the arrival of Storm Dennis but Tyone held up well despite the heavy rain.  Hard luck to our back row forward Calum O'Shea who was unable to line out following an injury - we wish him speedy recovery.

The game started with sustained pressure by Bohs, as they had the lions share of the possession. However they were unable to break down the tough and well organised Nenagh defence. Indeed it was the home side  that struck first, following a great turnover by the pack, Mason collected the ball and evaded the tackles to score the games first try. Tristan scored the difficult conversion. Bohs then scored a converted try just before half time to leave the side tied.

The second half started at the same pace, but the Nenagh boys were starting to hum.  The forwards drove up and after a period of pressure our big second rows, Mikey and Cillian combined to power over for Cillians first try for the club.  The difficult conversion was missed.  Nenagh finished the game strongly, and after some good work by the forwards Tristan Madden continued his scoring streak with a fine try to leave the final score at 17 - 7. On the day our defence was outstanding, with Jack Mac, Mikey, Cillian and Fintan leading the tackling stats, but Mason Cawley at outhalf was simply immense- his distribution, game management and decision making was top drawer and he was central to this victory, however it was a fine all round team performance. The ground was sticky and wet and doesnt suit our fast backline but as the old saying goes it was the same for both team's.

We were delighted to be joined on the sideline by our injured player Ivan Struzia, and also by our former scrum half, the multi talented Danny Benn, who is blazing a trail in Kilkenny College - we wish him best of luck in the upcoming JCT.  Next up is a home match vs St Senans.