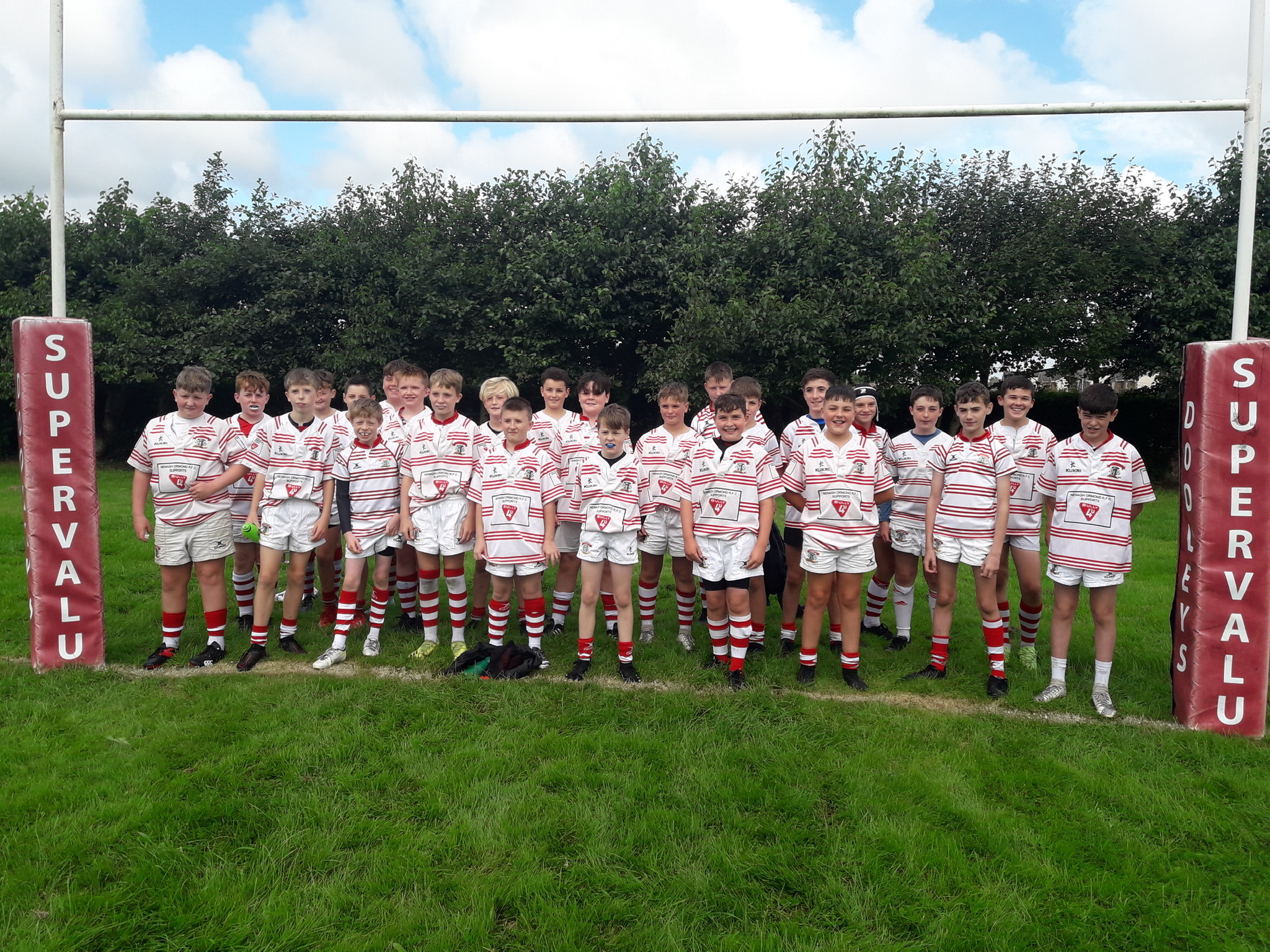 Match Report for Under 13 NORFC

A panel of 25 players travelled to Newcastle West RFC last Sunday to play in a North Munster U13 Development League competition. This is part of the development pathway for players moving from mini rugby to youth rugby. This involves the transitioning to full size pitch with a team of 15 players and with match duration of 50 minutes. For most players, they are trying out various playing positions at this development stage.

Nenagh got off to a good start with the ball being passed through the backs to winger Conor O’Brien who could not be caught and scored under the posts and was converted by Hugo Healy (c). Wing forward Eanna Tucker, who had a great game with some important tackles along with attacking runs from rucks and scrums, followed up with two tries. These were converted by Danny Powell.

The second half saw Newcastle West with more play within the Nenagh 22 territory. Nenagh were able to stop Newcastle West from scoring by preventing the grounding of the ball. With this held up decision, outhalf Charlie Talbot reached the touchline with a drop out from behind the Nenagh try line.

There was some great play by Nenagh forwards in the set pieces, especially by Dara Butler, Oisin Gleeson and Ronan Devlin. Hooker Lorcan Fogarty had some good throws in the lineout and scrum half Senan O’Farrell provided good ball to the backs. Gerard O’Looney continued this form when he was moved from the wing into scrumhalf position and Evan Whyte put in a great tackle near the touchline which may have prevented a try for the home side. Winger Eibhin Meagher put in fast runs along the touchline with ball in hand which helped Nenagh gain territory.

Newcastle West No 8 drove over for a try in the corner which was too far out for the kicker to convert. Nenagh then followed up with a pass from a scrum to Hugh Healy (c) who scored a try under the posts and which was converted by Charlie Talbot.

7 minutes from the end, Newcastle West second row got a try, again in the corner and this was shortly followed by another try in the same corner. Both conversion kicks from the touchline just fell short of the crossbar.

Nenagh Ormond U18’s had a good win this morning in their ...