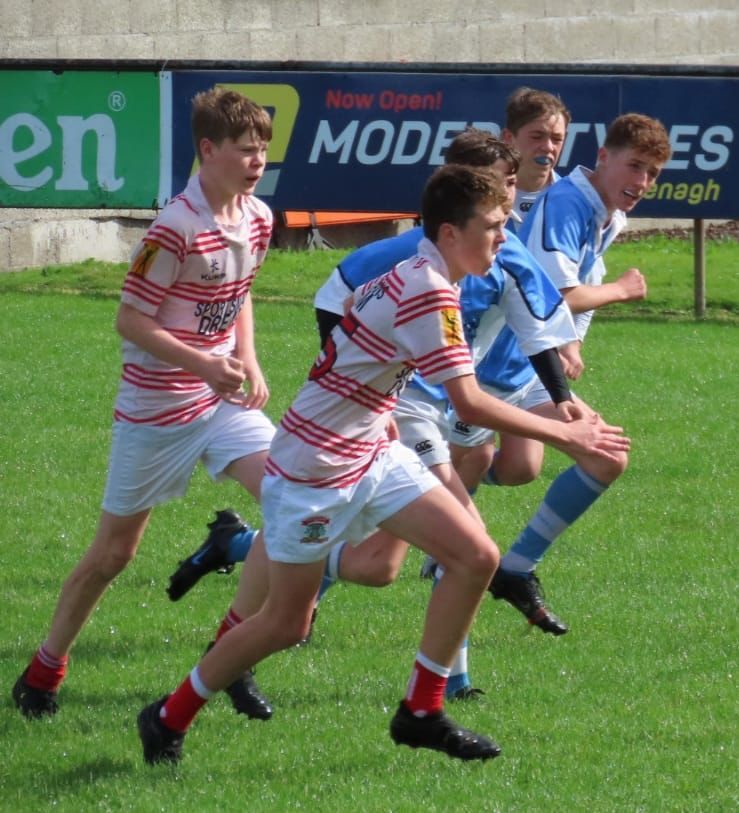 Nenagh Ormond under 15's hosted a strong Garryowen side in the much anticipated return to competitive action on Sunday. Nenagh were first on the scoreboard when some strong running led to the concession of a penalty which was dispatched between the posts by Cillian Healy.

Garryowen sought to get their big no. 8 into open spaces at every opportunity and the player went on to score three tries on the day. Short of a number of players due to injury, the Nenagh lads matched their bigger opponents in every facet of the game, dominating the scrums in particular. The home side tried to move the bigger Garryowen pack around and some fine kicking behind the defence by Healy at 10 created tries for wingers Thomas O'Brien and Marcus O'Mahony. Centre Shane Cleary was the other try scorer for the hosts.

Donnacha O'Meara, playing out of position at no. 6 put is a man of the match performance for the home team with Ryan Gratton putting in a storming performance in the second row. Dara O'Looney, on debut, kept Nenagh on the front foot from scrum half.

Training continues on Wednesdays and Fridays at 7.30pm in Tyone. We are away to Old Crescent in the league next Sunday.

Unfortunately tonight’s game vs Cashel has been canceled ...

Autumn Internationals.🇮🇪The club has received a limited a...