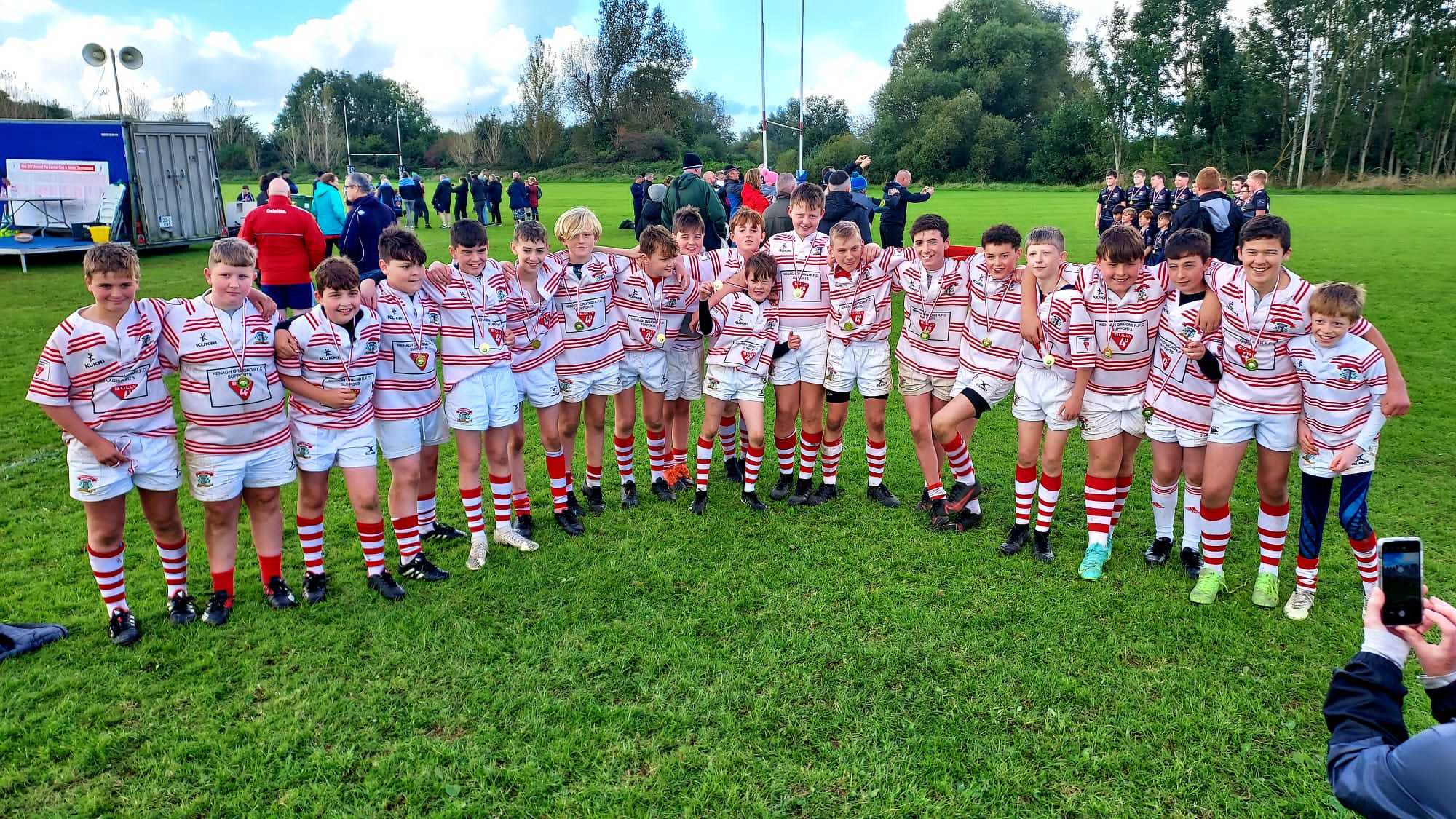 Nenagh Ormond U13’s made the short trip into Limerick last Saturday to take part in the 38th Annual Pat Lawler Tournament. UL Bohemians hosted the event at their grounds in Annacotty.

This is a fantastic competition and widely regarded as one of the best of its kind in the country. Previous winners include Ronan O’Gara, Peter Stringer and Keith Earls.

The weather threatened to ruin the day but after some thundery showers in the morning the rain cleared and the tournament was played in ideal conditions.

We had 24 players in our squad and kept a rotating system in place with all players getting meaningful game time. Many players had outstanding performances and we are reluctant to single out any one player.

The format consisted of 2 Groups of 5 teams, with group matches taking part in the morning and teams progressing to play off for the cup, shield and bowl competitions in the afternoon. The match duration increased as the tournament progressed: 15, 20 & 25 minutes for the group, semi-final and final. Nenagh were in Group 1 along with St Mary’s, Old Crescent, UL Bohemians and Bruff. Nenagh lost narrowly to Bohemians (the overall winners) and Old Crescent but proved too strong for St Marys and Bruff and finished 3rd in the group and qualified for the shield competition.

The rumours were that Group 2 was the stronger group and Nenagh would have it all to do against near neighbours Ballina-Killaloe in the semi-final but the boys played out of their skin and were comfortable winners to qualify for the final where they played Shannon. Nenagh lost the toss and had to play into a strong wind for the entire 25 minutes. However the lads saved their best performance for the final and displayed great courage in continuing to attack at every opportunity which resulted in Nenagh scoring 3 tries. For a brief spell when Shannon did threaten the Nenagh line the lads showed great determination not to concede a try and they managed to keep Shannon scoreless. The final score was Nenagh 15 – Shannon 0. There was great scenes of celebration at the final whistle. We had different captains for each match and Patricia Lawler presented Lorcan Fogarty with the Shield Trophy.

What really stood out during the day and particularly in the semi-final and final was the teamwork on display: everyone played for the team, the lads relied on each other and understood that everyone has a part to play. Nenagh scored 7 tries and conceded 1 try in the knock out stages and got stronger as the day went on.

Management would like to thank all players, parents, UL Bohemians and match officials for making it such an enjoyable day.

Now we move on and next Sunday we host Ballina/Killaloe in the North Munster Development League. This promises to be a tough battle and both teams are unbeaten at this stage. Training continues every Wednesday at 7 PM in Tyone.

Unfortunately tonight’s game vs Cashel has been canceled ...

Autumn Internationals.🇮🇪The club has received a limited a...