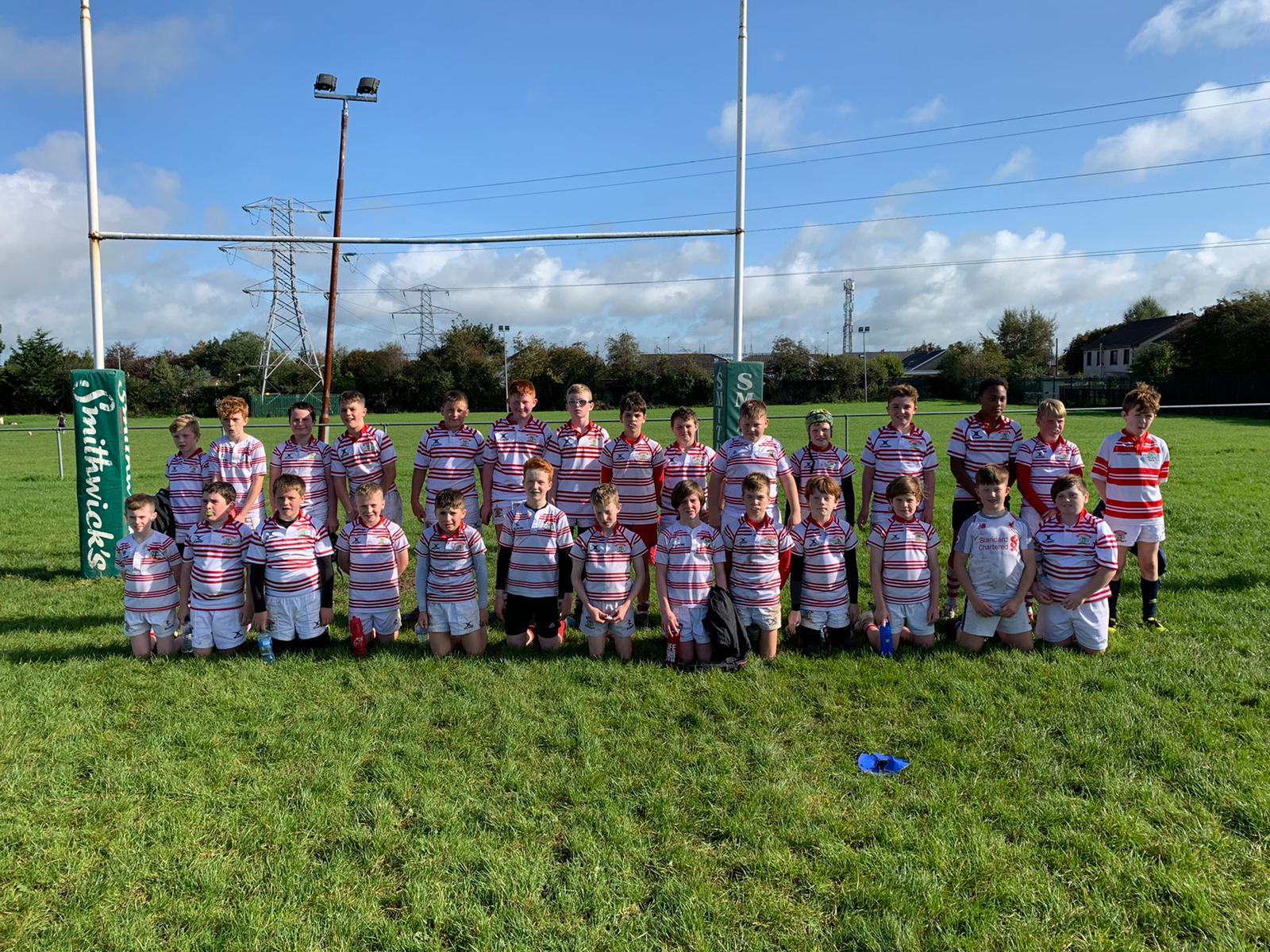 Split the Bucket: Congratulations to this week’s jackpot winner Kevin Finn. The jackpot for this week was €545. Do not forget to keep a subscription in mind as a gift idea for any loved ones’ special occasions. A range of purchasing options are available on the Clubzap app, by pressing the Shop button on our club Facebook page or scanning the QR code on our various social platforms and on club posters in the local area.

Senior Rugby: Unfortunately due to Covid 19 issues last Friday night’s game against Cashel had to be called off. The IRFU regulations around Covid 19 related cancellations mean the game is declared a 0-0 draw and both teams receive 2 points. While this is regrettable, the biggest priority at all times is player welfare and this must always take precedence over our desire to see action on the field each week. We look forward to resuming on field activity with our next fixture against Buccaneers in Dubarry Park Athlone on this Saturday at 2.30pm.

Nenagh Ormond U18s travelled to Thurles RFC on Sunday last where they took on a combined Cashel/Thurles team in their first match of this year’s U18.5 Munster Club campaign.  A bright, dry day with just a slight breeze meant that conditions were almost perfect and, after having the start of the competition delayed by a week, the Nenagh lads were raring to go.

It was a dream start for the visitors when an excellent kick off by Joseph Gleeson saw Cashel/Thurles fumble the ball deep in their own territory.  Having chased up well, James Simons came onto the ball at full pace and the defence could do little to prevent his gallop over the line.  Joseph Gleeson slotted the conversion to put Nenagh in front.  A few minutes later John Brislane picked from the back of the scrum and Nenagh retained the ball well before getting the ball out to Aaron Delahunty who fooled the defence with a clever dummy and touched down.  Gleeson again slotted the difficult conversion to put Nenagh 14 points ahead.  Cashel/Thurles then finally got their hands on the ball only to have a loose pass picked off by Mason Cawley whose lightning pace took him all the way to the tryline and in under the posts leaving an easy conversion for Gleeson to bring his tally to three.

In the following period Nenagh were guilty of taking their feet off the gas a little and Thurles proved troublesome at the breakdown where they were very strong.  Nenagh left a couple of good opportunities behind in the Cashel/Thurles half.  Cashel/Thurles then came into the game a little more and, to their credit, put in some hard work to make their way up the pitch to score.  Their conversion left the score at 7-21.

Nenagh worked hard to gain a foothold again in the Cashel/Thurles half and when they got a scrum in the opposition 22 a simple but well executed move from the backs put Jack O’Callaghan into space on the left and he dodged the covering defence and finished well.  The difficult touchline conversion was just millimetres wide.  Then, with half time minutes away, Cashel/Thurles put some excellent phases together and won a penalty which their outhalf kicked to bring the score to 10-26 at half time.

The second half started with Cashel/Thurles on the attack in Nenagh’s half and the pressure eventually told with Nenagh giving away a number of penalties and receiving two yellow cards.  Despite this, they held out and some great handling saw Jack O’Callaghan take his second try of the day which was converted by Gleeson.  However, when Thurles got their hands on the ball again, despite a huge effort from the Nenagh lads, they used their numerical advantage well and were able to create and exploit an overlap to score.

Although the Nenagh lads were still ahead, they were not happy to finish with that and, after some great play from both forwards and backs, Alex Moloney made a break to go over in the corner.  He was unlucky to have the covering defence push him just over the touch line at the last second.  Cashel/Thurles then took a short drop out and Nenagh seized the opportunity.  Tadhg O’Brien broke the line to score under the posts and Joseph Gleeson slotted his fifth conversion of the match to finish on a high note.  The lads were very happy after a good win.

Next up for our U18s are Ennis at home next Sunday at 12pm in Lisatunny.  Training continues Tuesday & Thursday at 7pm.

Under 12: Nenagh Under 12s travelled to Garryowen on Sunday morning for a blitz. Nenagh had two teams and 28 players in total with each player seeing plenty of game time and doing themselves and their team proud. In what was a brilliant effort the Nenagh team’s return was three wins and one draw from the four games played. Well done to all and training resumes next Sunday morning in Lisatunny.

Under 10 Blitz: Nenagh Ormond U10’s welcomed Shannon RFC to Nenagh for a mini blitz. Nenagh had three teams and played matches against three teams from Shannon. There was great running rugby and tackling on display. This was the group's first match against another rugby club in a year and a half. Both clubs were delighted for the kids to take part in rugby matches again. The u10s will have another blitz against Newport RFC on Sunday 24th October in Nenagh RFC.

Management would like to thank all the u10s players, parents and Shannon RFC for making it such an enjoyable morning. Training continues next Sunday at 10AM