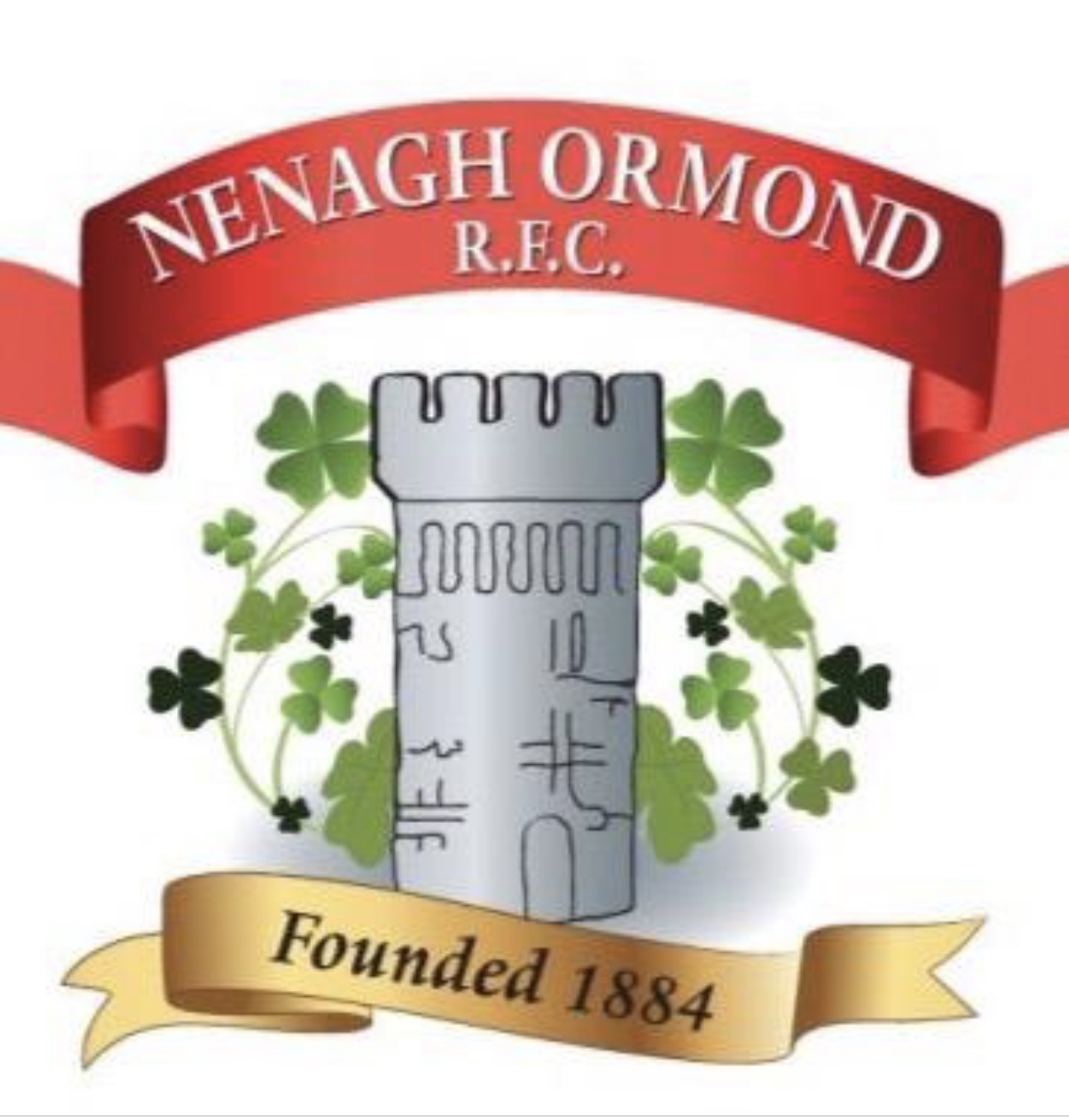 The Nenagh U16 squad hit the road for the long trip to Kilrush for the quarter final of the North Munster league last Sunday. In contrast to the Saturday the conditions were very good, despite the soft pitch and all was set fair for a battle with the local team that had won all their games in phase 1 of the Pan Munster league. The home team started well and despite some good defence by the Nenagh boys after 10 minutes Kilrush scored a try, wide out on the left and took a 5-0 lead. Nenagh responded well but were under pressure at ruck time from the Clare men, and struggled to get any good go forward ball in these early stages. The water break allowed the coaches to get the team to commit more players to the rucks and before half time there were some great carries by Tommy Wilkinson, Dylan Crowe and Fionn O’Meara and we gained a foothold in their 22 and from a penalty advantage Darrgah Gleeson put in a lovely grubber kick and won the race for the touchdown over the line for an excellent unconverted try. A knock on from the kick off and offside allowed Kilrush a foothold in our 22 but some unbelievable defence by the team saw them hold out and win a relieving penalty. The was a great tackle by Ryan Gratton in the phase, which looked ominous, with the big Kilrush ball carriers attacking our line. Some excellent play and running by the backs saw us again enter the 22 where we were awarded another penalty. A set play move finish with an outstanding out the back off load by Tommy Wilkinson, who had a mighty game, to Darragh Gleeson and he scored wide out on the left of the posts to give Nenagh the lead. The conversion was good and we lead by 12-5. Kilrush kicked long again but Darragh was positioned well and boomed a kick back to the half way line. Fionn O’Meara got up to steal their throw and we were on the attack again. Some great running and carrying by Stephen Armitage and Conor McGrath saw us win a penalty 30 metres out straight in front and with half time looming Darragh kicked the penalty to give us a 15-5 half time lead. The second half began with a bang, a good hanging kick off saw Ethan Kennedy catch it at pace, hand of the first tackler and race towards the line, only to be tackled into touch by their big no 8 just short of the try line. We competed well and didn’t let Kilrush out and some great tackling by the Luke Grey and Luke O’Callaghan in the front row and Dan Kenneally saw us win another penalty, which Darragh dispatched to extend the lead to 13 points. As expected Kilrush can thundering back to us and there were some shuddering collisions, as the Nenagh boys defended the attacks and even if a tackle was missed, a team mate stepped up to make the next one. With a very small squad and only two players on the bench it was understand able that the team tired a bit and Kilrush eventually broke up the middle to score under the posts for a converted try to bring it back to a one score game, 18-12. Again Nenagh won the kick off and attacked well and retained the ball for some good phrases with all the boys giving 100% in the titanic battle. Some hard carrying by the forwards and by the two centres saw us win another penalty 25 metres out straight in front and Darragh obliged by kicking the penalty to push the lead out to nine points. We defended very well and some good kicking and chasing allowed us to get down the pitch and there was great kick chase by the wings Daniel O’Brien, Sean Hough and Cathan Gaffney to take the pressure of the hard working pack. Harry Sheppard at full back had to deal with some tricky balls but ran back very well, nearly always beating the first tackler to get us back up the pitch. Again, some excellent play, carrying and rucking saw us get to the Kilrush line and Fionn O’Meara stretched his long arms to score and excellent try to seal the victory, the final score was 26-12. While the team showed some excellent attacking touches, as always, there was no doubt it was the brilliant defensive display that won the game, Kilrush had some serious athletes and from 1-17 we tacked our hearts out to frustrate the local boys. Tommy Wilkinson put in a huge defensive display making countless tackles and carrying very hard when on the ball. Oisin Moloney had a fine game with one searing break and he put in multiple tackles against the bigger Kilrush forwards to keep us in the game. Training continues on Tuesday and Thursday in Tyone and we begin the Pan Munster phase two campaign next Sunday away to Garryowen and similar display will be needed to prevail there.