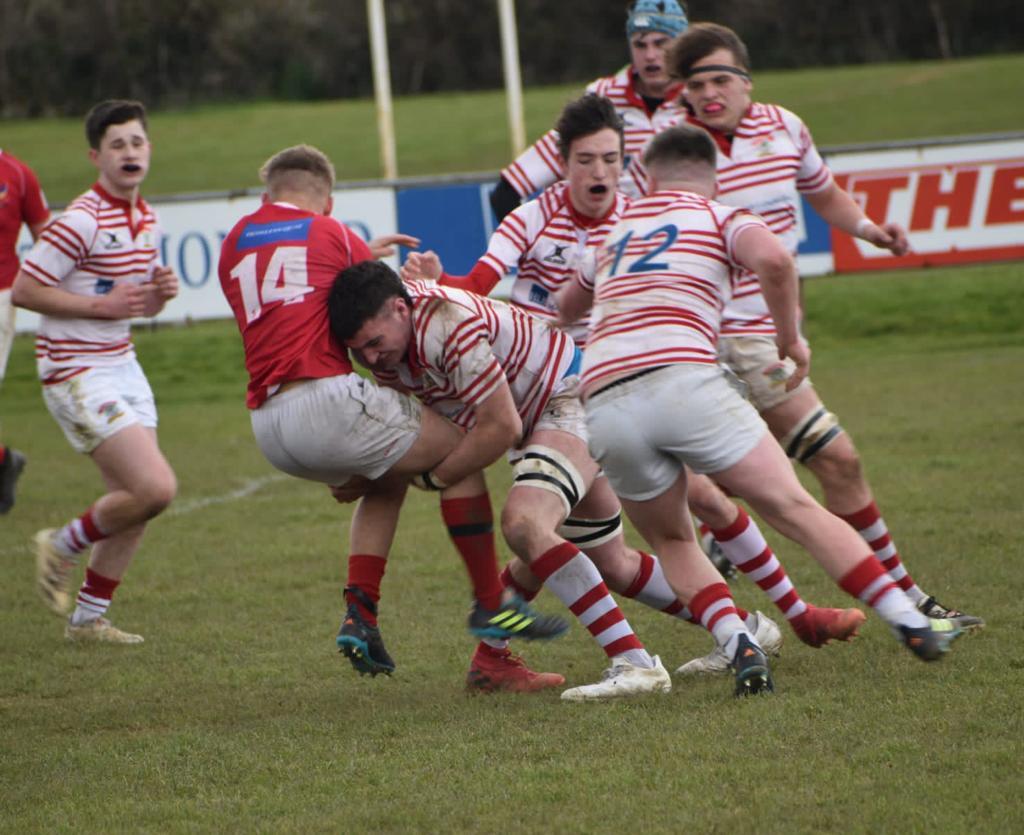 Nenagh Ormond U18.5s continued their North Munster Cup campaign with a home quarter final against Bohs on Sunday evening in Lisatunny.  These two sides had not met since a pre season friendly so the visitors were, to a certain extent, an unknown quantity but, with a large squad and some very good wins in the Munster Plate under their belts, Bohs were always going to be a tough challenge.

Nenagh started reasonably well and, when an excellent 50/22 kick from Joseph Gleeson gave them a foothold in the Bohs half, they had several opportunities.  However, the strong wind made both lineouts and passing difficult and the chances went unconverted until the 16thminute.  Nenagh retained the ball well through the forwards before some good handling from the backs put Tristan Madden over in the corner.  Gleeson kicked the touchline conversion and Nenagh were 7 points ahead.  However, 5 minutes later Bohs came back with a converted try of their own to even the score.

Nenagh didn’t panic and, when they won a penalty in the middle of the pitch, scrumhalf Luke Graham took it quick and after a quick recycle the ball came out to Mason Cawley who stepped the defence and sprinted to the line to score with Gleeson again adding the extras.  The back and forth continued minutes later with another Bohs try which narrowed the gap to two points and left the half time score at 14-12 to Nenagh.

There was no change to the score in the opening exchanges of the second half.  Although both teams had opportunities, the defences held out.  Then a penalty in front of the posts gave Nenagh a chance.  Captain John Brislane, who had been causing difficulty for the Bohsdefenders throughout the game, stepped up to tap it and he powered over the line to score.  Gleeson’s conversion gave Nenagh a 9 point lead but again Bohs came back and added another 7 pointer for a 21-19 scoreline going into the final leg.

Nenagh knew they couldn’t sit back and hope for the best and they all worked hard to get back up the pitch where they were awarded a scrum in the visitor’s 22.  They first went open to centre Aaron Delahunty who switched back to the blindside where he ran hard to suck in the defenders and passed to Jack O’Flaherty on the wing.  O’Flaherty raced over the line and managed to run in near to the posts to make for an easier conversion which Delahunty kicked to leave the final score at 28-19 to Nenagh.

Our U18.5s now go through to the NM Cup semi final in two week’s time against Young Munster.