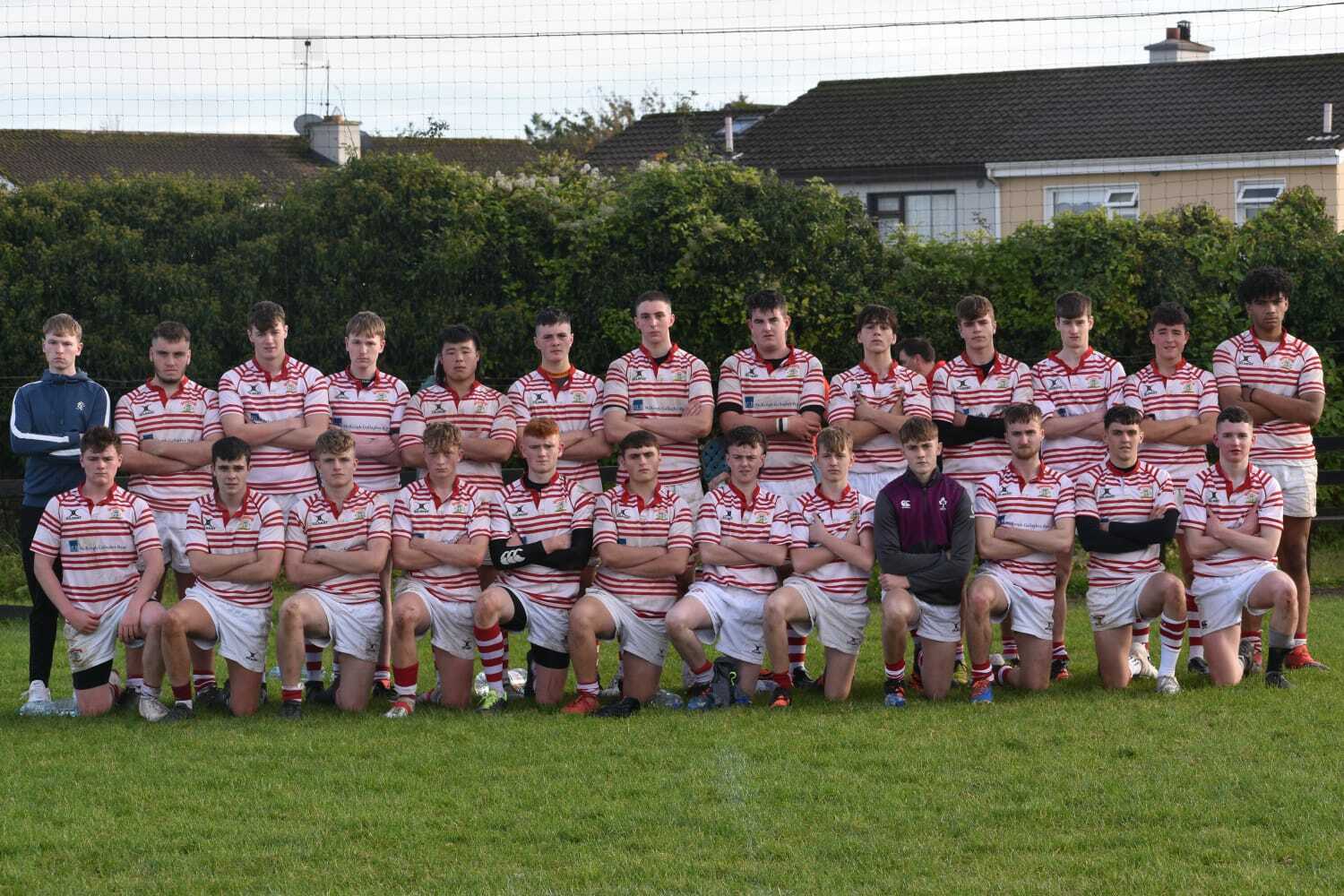 Split the Bucket: Congratulations to our most recent Split the Bucket winner Tom O Grady who wins a jackpot of 500 euros. Thanks to all who contributed. Remember every extra subscription means more potential winnings and there is a guaranteed winner each and every week. Subscribe now at nenaghormondrfc.com/products, follow the links on our social media pages or contact any committee member who will gladly facilitate your entry.

Under 18.5: Nenagh U18.5’s continued their campaign away to Ennis on Sunday. With a few players missing through injury this was always going to be a good test as to where the squad was after a couple of easier games to start the competition. Nenagh started poorly, a missed tackle from the kick off allowed Ennis to attack straight away and get a foothold in the Nenagh half. This led to an opening converted try out wide after 5 minutes. Nenagh came back strongly and some good combined play saw Mason Cawley score in the corner, the difficult conversion was just wide. Ennis had the wind and the hill in the first half but Nenagh probably had more of the ball, but inaccuracies at times let them down. From the kick off the ball was knocked into touch by Nenagh, giving Ennis field position and they scored again, to leave the score 12-5. Nenagh had good attacking ball again after that and spurned a penalty in front of the posts and were held up over the line. From the goal line dropout the ball was allowed to hop into touch and after some phases of play Ennis scored a controversial try in injury time to leave the half time score, 17-5 to the home team. Nenagh started the second half with better intent but lost Mason Cawley to injury and he was replaced by Diarmuid Coleman, who played well when he came on. Ennis lost a man to a yellow card after 10 minutes, as Nenagh exerted continuous pressure. A lineout after a penalty in the Ennis 22 saw Sam Lancaster score near the posts, converted by Diarmuid. Shortly afterwards a good Nenagh back line move saw Darragh Gleeson streak away for a try, but to everyone’s surprise the referee called a forward pass and the chance was lost. Having been the better team for all of the second half Ennis scored a breakaway try from their own half after some weak midfield defence, to leave the score 24-12 with 7 minutes to go. In fairness to the Nenagh boys they came back to score an excellent try through Sam Cusack, after some good handling on the short side, Darragh’s touch line conversion shaved the wrong side of the post. Time ran out leaving the final score 24-17 to the home team. This was definitely one that got away, we had the majority of possession and only some poor defence let us down. They possibly had the rub of the green with the forward pass call that ruled out our try while one of the Ennis tries had a clear knock on in the build up. However, we can only control what we can and we have lots to work on such as tackle technique, lower and more dynamic rucking which will turn the close losses into wins. There is lots of potential in this group. Special mention to Dylan Schweitnitz who had a storming game and also to Sam Lancaster playing 7 but throwing in at the lineout due to injury. Big game now away next weekend against Cashel/Thurles to get back on track in this competition.

Nenagh kept up their 100% record with a good win away to a strong Bruff outfit on Sunday last. Bruff had the benefit of a strong wind in the first half and their 10 used it to good effect keeping the play inside the Nenagh half as much as possible. Nenagh struggled to contain their big runners and one strong break by their no.8 made space to put their left winger in the corner on 20 minutes. The conversion was missed. Soon afterwards Nenagh conceded a penalty on the 22m line and the Bruff kicker made no mistake.

Trailing 8 - 0 going into the second half Nenagh took advantage of the wind and some excellent kicking from hand by Cillian Healy pinned the home side back. Cillian kicked a penalty and , trailing by five points Nenagh upped the pace moving the heavier home pack around the field. Nenagh butchered a number of opportunities due to poor handling and bad luck.

With time almost up Nenagh won a turnover penalty on half way. Cillian kicked for touch and Ryan Gratton took a great catch. The Nenagh pack drove on and Nathan Mannion set up a ruck. The ball was popped to no.8 Kedagh Broderick who timed his run perfectly and showed great strength to get in under the posts. Cillian was successful with the conversion , sealing a great win for Nenagh.

Under 9: Our Under 9s entertained UL Bohs for a blitz on Sunday. They put on a great display of rugby. Great fun was had by all and there were lots of happy smiling faces at the end. Well done to both teams. We are back training next Sunday at 10am at the rugby club. New players are always welcome