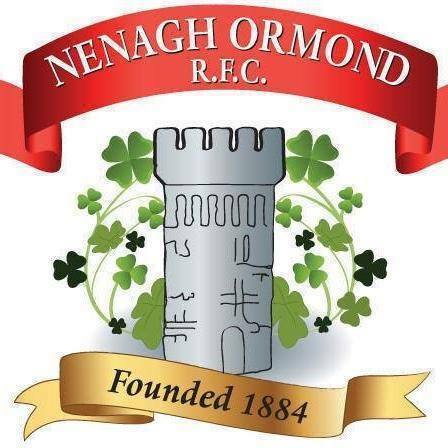 Nenagh Ormond U 18.5 team continued their campaign against the combined team of Kilfeackle/Clanwilliam – Galtee rugby on Sunday in Lisatunny. After a disappointing loss away to Cashel/Thurles the previous week this was a vital game to stay in contention for the cup competition in phase 2. The conditions were wet and soft underfoot and Nenagh started against the wind in the first half. Nenagh started well and scored three tries in the first 20 minutes, one each for Sam Lancaster, Tristen Madden and an excellent long range score by Josh Powell. Darragh Gleeson kicked two excellent conversions into the wind to leave the score 19-0. Unfortunately, a Nenagh player received a red card for a dangerous tackle and we were reduced to 14 men for the rest of the game. As Galtee attacked towards the end of the half Mason Cawley stepped up to intercept in his own 22, to streak away for a converted try, leaving the half time score 26-0. We made a few changes at half time and the weather conditions deteriorated. We scored a further try through Dylan Schweitnitz and the rest of the squad got a run for the final 15 minutes. Galtee to their credit score two tries in the final stages to leave the score 31-10. A lot to work on in training this week with a massive game away to Bruff in the final group match. This is a winner take all game with the winners to qualify for the cup. With a few players that had been out injured this was a better performance in difficult conditions. It shows the importance of having a full squad to work with as injuries and also now suspension will test the boys mettle next weekend.