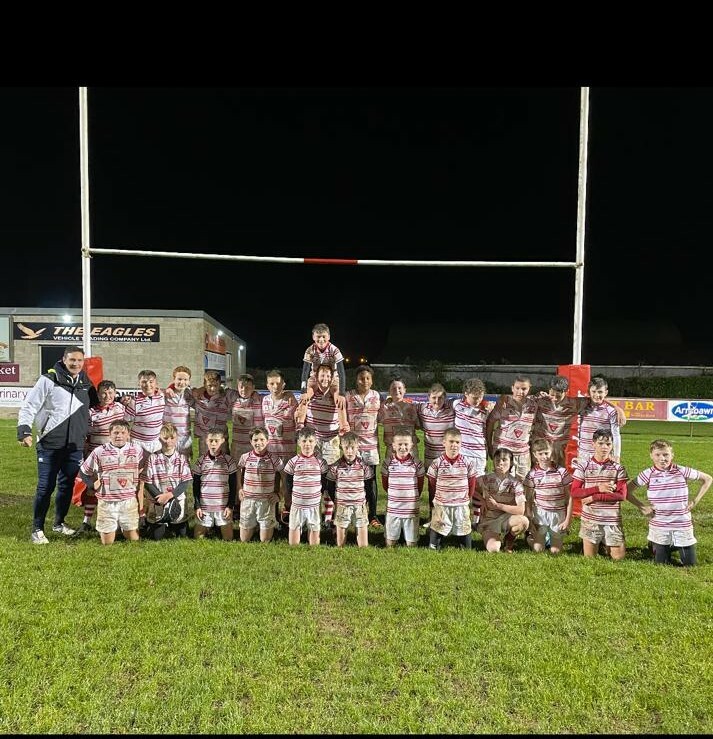 Nenagh Ormond under 13s entertained Garryowen on Friday night under lights. A very entertaining game was on display given the difficult weather conditions. Nenagh started quite well and had Garryowen under pressure from the off. There were some excellent carries from Sean Ryan, Hugo Massy, Scott Powell and Joe Fahy which brought play well inside the 22. After a number of phases Callum Ryan found a gap and scored an excellent try. Garryowen responded with a try from deep, their centre rounded the defence and dotted down under the posts. Nenagh responded well and scored two more tries before half time. The first was an excellent team try with multiple ball carriers involved and some good handling. The ball found its way to Shaun Murphy in midfield who rounded the last defender with a good step to score under the posts. The second try was a break from the back of the scrum from Anluan White who was not going to be stopped from close range. The second half was a real ding dong battle with both defences on top. Garryowen scored next and added the extras to leave it 19-12 with 10 mins to go. Nenagh upped the ante and there was brilliant ground made by Luke Slattery and Aidan Ryan. Nenagh scored next with a good forwards try, Luke Slattery punched the hole through the defence and when he was stopped close to the line he popped to Aidan Stead who steam rolled over the line. Nenagh didn’t sit back and pushed for another score. There was great ground made on multiple occasions by James Dwyer and after gaining possession in the Garryowen half Kaden Fogarty kicked the ball through with Freddie Mitchell very unlucky not to collect but Donnagh Carmody was on hand with a great pick off the ground, and then had the composure to round the last defender and score. Nenagh won the game on a final score of 29-12. A good game overall with Nenagh adjusting well to the conditions. Training continues Wednesday evening with Ennis at home next Sunday