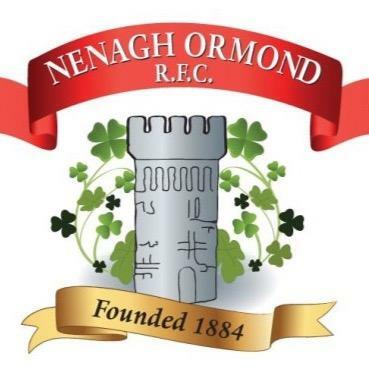 Fresh from a huge home win over Queen's University last week, which knocked the Belfast outfit off the summit of the table, Nenagh had the dubious honour of an away date with the new table toppers Blackrock College RFC last Saturday in Stradbrook, Dublin. In their 7 games to date the Dublin outfit had racked up 6 wins and 5 try scoring bonus points so the size of the task facing Nenagh was clear. All that being said, the momentum from turning over Queens, coupled with the fact that Stradbrook has been a reasonably happy hunting ground for the Ormond men in the past, meant this was far from a shot to nothing for a Nenagh side sitting in striking distance of the playoff spots themselves.

What transpired over the course of the 80 minutes was a rollercoaster ride for the significant crowd in attendance. With Blackrock’s Women’s team hosting UL Bohemians in the WAIL semi final immediately after the men’s match, a bumper home crowd was present. In the first half however, it was the travelling support from Tipperary that had more to shout about. On four separate occasions in the opening thirty five minutes Nenagh worked their way to within 5 metres of the Blackrock try line. Looking far from daunted by the reputation of the home side Nenagh were dominating in almost all aspects of play, solid in their set piece and particularly dangerous in the backline. One of the aforementioned forays to the Blackrock redzone ended frustratingly with a knock on from Nenagh when a try looked likely. More frustratingly though was the fact that all three other danger moments were extinguished through penalty concessions from the home team. While Nenagh took a significant 9-0 lead through the boot of Conor McMahon, who converted all three of these opportunities, the fact that the referee didn’t see fit to send at least one Blackrock player to the bin during this period of Nenagh dominance was baffling to say the least. With time running down on the half Nenagh fashioned one more opportunity. Yet another penalty concession by Blackrock was dispatched this time to the corner, from where the Nenagh maul did its part and allowed Kevin O Flaharty to touch down for the first try of the game. The difficult conversion was missed but at 14-0 to the good Nenagh turned around very confident that they had the measure of the league leaders.

There are many clichés in sport however and you can take your pick of them to illustrate what happened next in this one. You need to make your dominance pay on the scoreboard Tries win matches. It’s a game of two halves. Any or all of those could be applied to the second 40 minutes. Blackrock to their credit were always going to respond to their tepid first half showing. They started much the brighter in the second half, but to their end Nenagh’s defence stood strong in the face of the onslaught. Time and again Nenagh held out the blue waves but some clever thinking in the Blackrock attack eventually created a gap out wide on 55 minutes and a well-executed cross field kick put Blackrock in for their first score through their winger Dwan. The conversion was missed and at 14-5 Nenagh hit the hour mark still in control. Getting their hands back on the ball once more the visitors showed plenty of attacking intent. Good breaks by Mikey Doran and John Healy both looked promising but were undone by handling errors. Another maul went close to giving Nenagh a second 5 pointer but when the move broke down the referee deemed Nenagh to have been at fault for the collapse and the siege was lifted.

The next phase of play was perhaps the games hinge point. Nenagh won good lineout possession from the Blackrock clearance kick. A neat move sent John Hayes thundering to within metres of the line. One recycle would probably have seen Nenagh through. Instead the support was penalised for losing their feet at the ruck. From that penalty Blackrock earned lineout possession around half way. Another Nenagh infringement, this time a high tackle put the home team in the 22 and from there they worked the phases efficiently to score, convert and close the gap to 14-12. With less than ten minutes remaining the lead was Nenagh’s but the sense was that the momentum was all with Blackrock. Normally in rugby the team creating the most opportunities generally yields the most points but you have to be efficient and if those opportunities aren’t translated on the scoreboard then you run the risk of what happened Nenagh here. Fingernails were no doubt being chewed down to the quick by Nenagh supporters as they willed the final minutes away. A game that should have been long put to bed by Nenagh on the balance of play was now up for grabs to either team and you sensed any score would do. Nenagh went in search of it first. A huge number of phases were put together but Blackrock stayed disciplined. Nenagh threw a loose pass and the ball was hacked clear into the Nenagh half. The retreating Nenagh cover got isolated and Blackrock were awarded a penalty 40 metres out. The Nenagh faithful would be forgiven for being afraid to watch at this point. In a stroke of luck though the kick drifted wide, resulting in a goal line drop out for Nenagh. A long clearance and resulting chase line forced Blackrock to seek touch in return but perhaps through over working Nenagh had left the backfield unattended. Blackrock and their support could barely believe their luck when the attempt missed touch, the ball bounced kindly and the Blackrock fullback Colclough took the chance with both hands to grab an inconceivable 17-14 lead with perhaps a minute to play.

This game of many twists and turns had one last bit of drama left. Nenagh to their credit recovered possession from the restart and as was a theme of the game, got comfortably to the Blackrock 5 metre line. A Blackrock error saw Nenagh receive the scrum and supporters on both sides watched and waited with bated breath for the final play. However, again following another, less welcome theme for Nenagh on the day, they were undone by a handling error with a chance to score. The final whistle blew and the losing bonus point felt a paltry reward for a dominant showing for Nenagh in almost every facet but the score line.

Sport can be cruel but the only place that matters unfortunately is that same scoreboard. Nenagh will be fuming to have seen a significant lead slip for the second time in the last three games but they need to take heart too from the fact that they went to the home of such a dominant force and did most of the dominating themselves. Just like this game, the season too will have more twists and turns. A home tie with Navan next Saturday completes the opening half of this Division 2A campaign but more importantly gives the opportunity to close the first stanza of the league positively. This team are playing some scintillating rugby at times and one feels are very close to really putting an opposition to the sword on the scoreboard soon. We encourage all supporters to get out to Lisatunny this weekend to encourage these boys towards a strong finish to the 2022 league campaign. Kick off in New Ormond Park on Saturday is at 2.30pm.