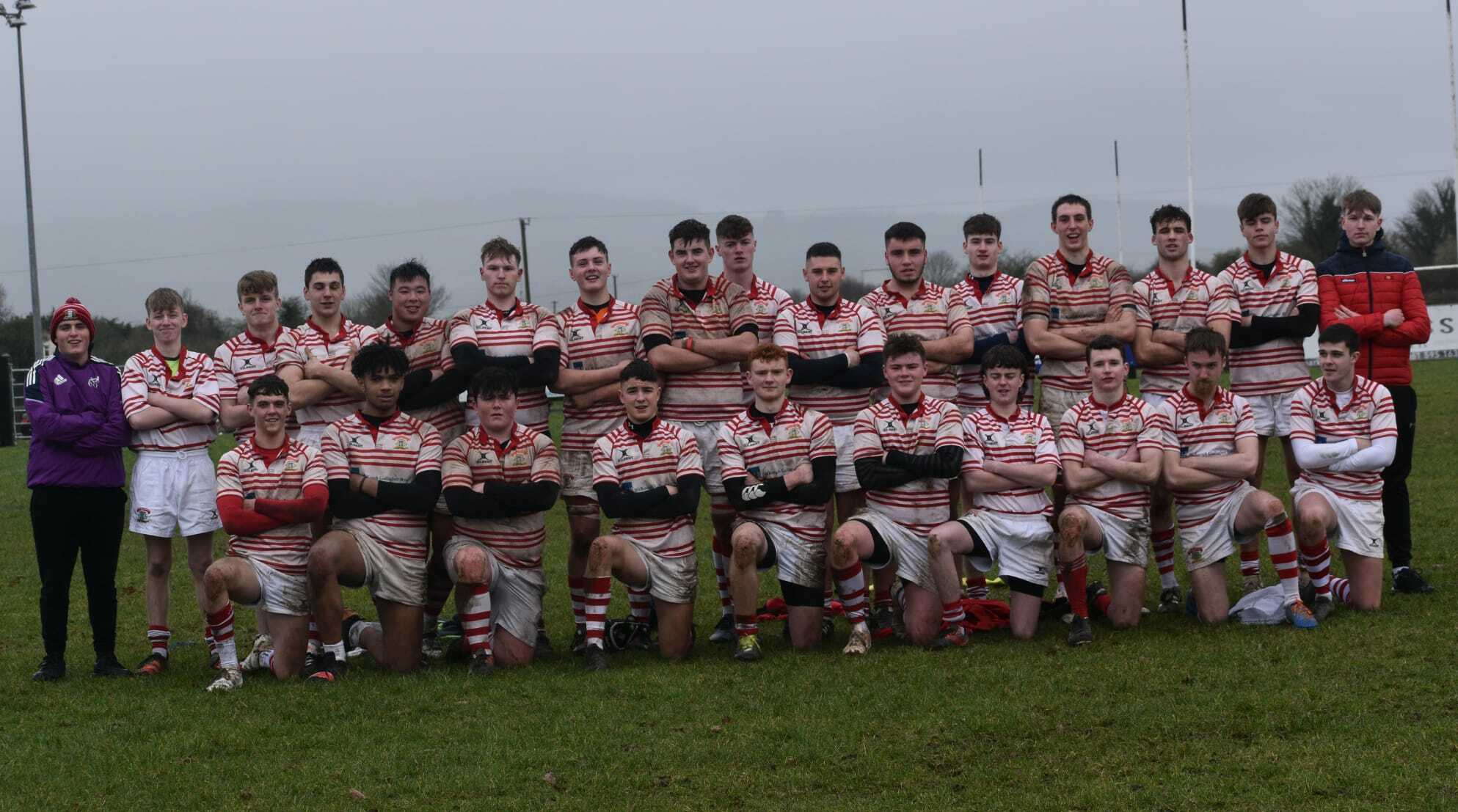 Nenagh Ormond U18.5 played a double header in the Pan Munster plate and North Munster league semi final away to Shannon in a dry but windy Coonagh last Sunday. Nenagh won the toss and elected to play with the wind in the first half but were quite sloppy at the beginning with poor discipline allowing Shannon to get out of trouble in the first 10 minutes. Shannons tacking was good and despite pressure, the team handed possession back to Shannon through some ill-advised kicks, instead of building the phases and pressure on the home team. A couple of penalty concessions allowed Shannon into our 22 and they elected to run a kickable penalty and some poor tackling enabled them to score a converted try by the posts to take the lead. The game was punctuated by the very fussy referee for the next 10 minutes with Nenagh having a lot of possession but consistently conceding penalties. Some good attacking play saw Mason Cawley score a good try on 21 minutes and Darrgah Gleeson kicked an excellent conversion from near the right hand touchline to leave the score at 7 all. While the team was trying hard, things weren’t clicking and a good 5 metre attacking penalty opportunity was wasted, as the referee penalised the taker for the ball not leaving his hand. We were carrying a lot of ball too close to the rucks and Shannon's close in defence was excellent, so the half finished all square with the second half against the wind to come. Four minutes later another penalty was kicked by Shannon to give them a 10-7 lead. Some good carries by Jack Meagher and Fionn O’Meara and the two centres Jack and Mason saw us win an attacking scrum in the Shannon 22 but we went the wrong way from the scrum when another call was on and a knock on allowed Shannon to clear. There was a bit of a stalemate until the 18th minute when Josh Powell blocked a clearing kick inside the Shannon half. The smart money said he would hack on with the ball on the ground but Josh had other ideas and produced a brilliant one handed pick up on the run, allowing him to stay ahead of the chasing players to score wide out, for a badly needed try. The conversion was narrowly wide to leave us 12-10 ahead and all to play for. The team really upped their work rate and some good harrying by Cillian Ryan and Nickie Nie saw a bit of pressured passing by the Shannon backs and Mason stepped in to snaffle an interception to score a converted try to leave us 19-10 ahead, with 12 minutes to go. Again, more penalties allowed Shannon to kick to the corner and after some phase play their centre was allowed through after a missed tackle to score by the posts and the conversion made it a 2 point game with 7 minutes to go. There was a danger that one penalty could see the game taken away form the Nenagh boys but Jack O’Callaghan had other ideas. Some good defence saw us snaffle a lie out on our own 22 and it was quickly transferred to Jack who saw the defence move too far to the right and produce a superb break to take him over half way. The full backs tackle didn’t put the rampaging centre to ground and just as Jack was about to be tackled into touch he produced a brilliant behind the back pass to the supporting Conor McGrath and after a couple of carries by the forwards the hard working Dylan Crowe burst over for a great team try. The kickable conversion was missed, leaving the score at 24-17 to the visitors. Even at that stage Nenagh could not rest, as an equalising converted try would have seen Shannon go through on the first try rule if it was a draw in the league semi final. From the kick off Shannon managed to turn over the ball but Nenagh working hard through Diarmuid Coleman and Fionn O’Meara held the player up and a scrum was awarded to us. After a couple of resets the ball was kicked to touch and the boys celebrated a great win on the road. All the boys and subs put in a great shift and they were fully deserving of the win. The lineout was very good all day. Dylan’s throwing was excellent and Sam Lancaster and Fionn ruled the skies and won quite a few Shannon throws. Jack Meagher carried very well in the second half into the wind and Conor McGrath carried and tackled very well on the right wing. Darragh Gleeson kicked very well out of hand, especially into the wind in the second half and his positioning was good to handle the home team’s kicking game. Mason had his best game of the season and Tristan carried hard on the left wing. The front row and Cillian and Jess were very busy on both sides of the ball and the result was fully deserved. The subs; Luke Grey and Mikey Morgan brought good energy when they came on. A worry was the 16-5 penalty count against us which was a surprise to the coaches and the good travelling support on viewing the game. We are back on the horse again away to Tralee next Sunday, so two good nights of training will be needed to finish this very intensive block of games before a badly needed break.